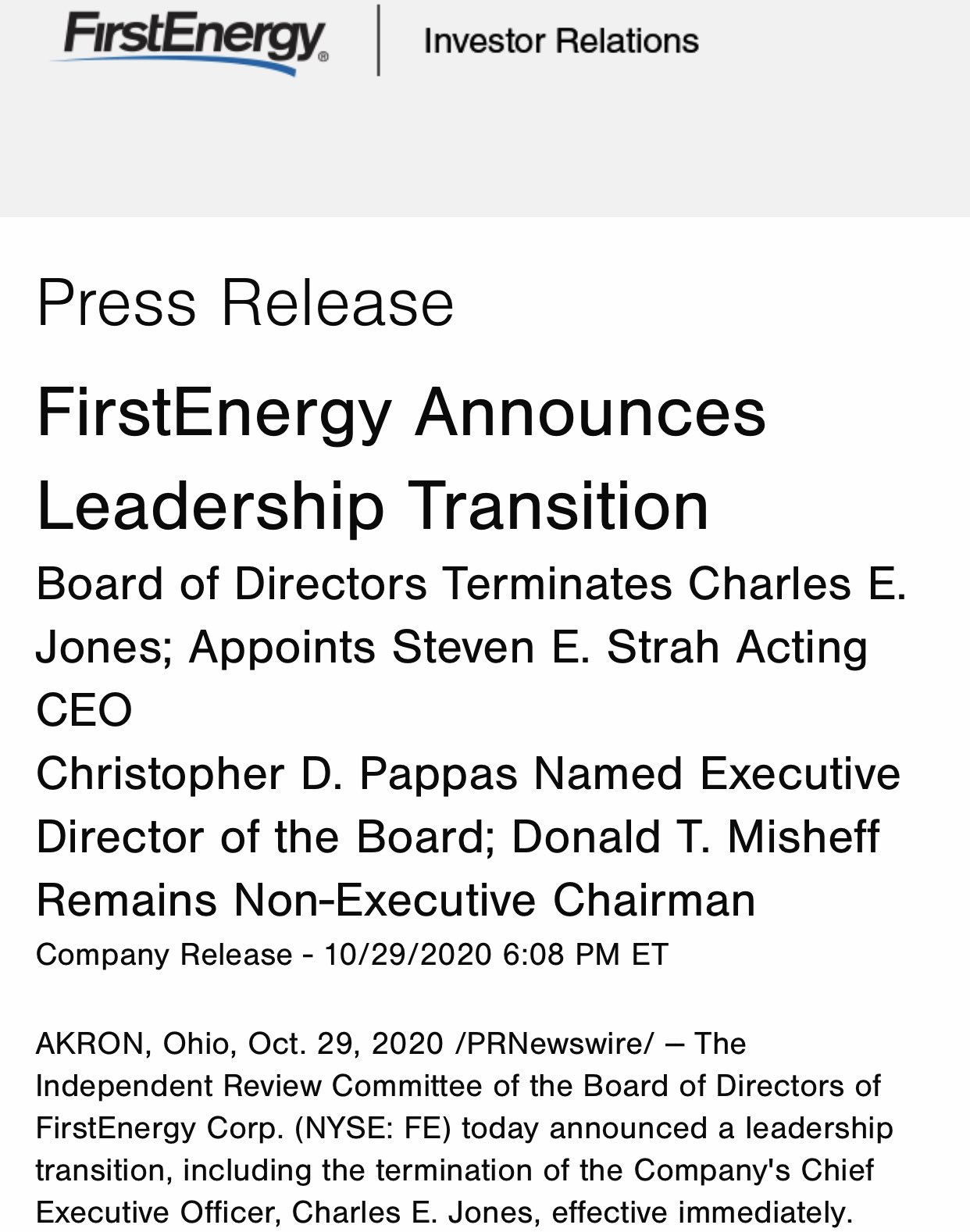 FirstEnergy advocated for the new energy law, which will deliver an estimated $355 million 'decoupling' revenues to FirstEnergy, as well $1.3 billion in subsidies to Energy Harbor, a former FirstEnergy subsidiary that owns two nuclear power plants in Ohio."