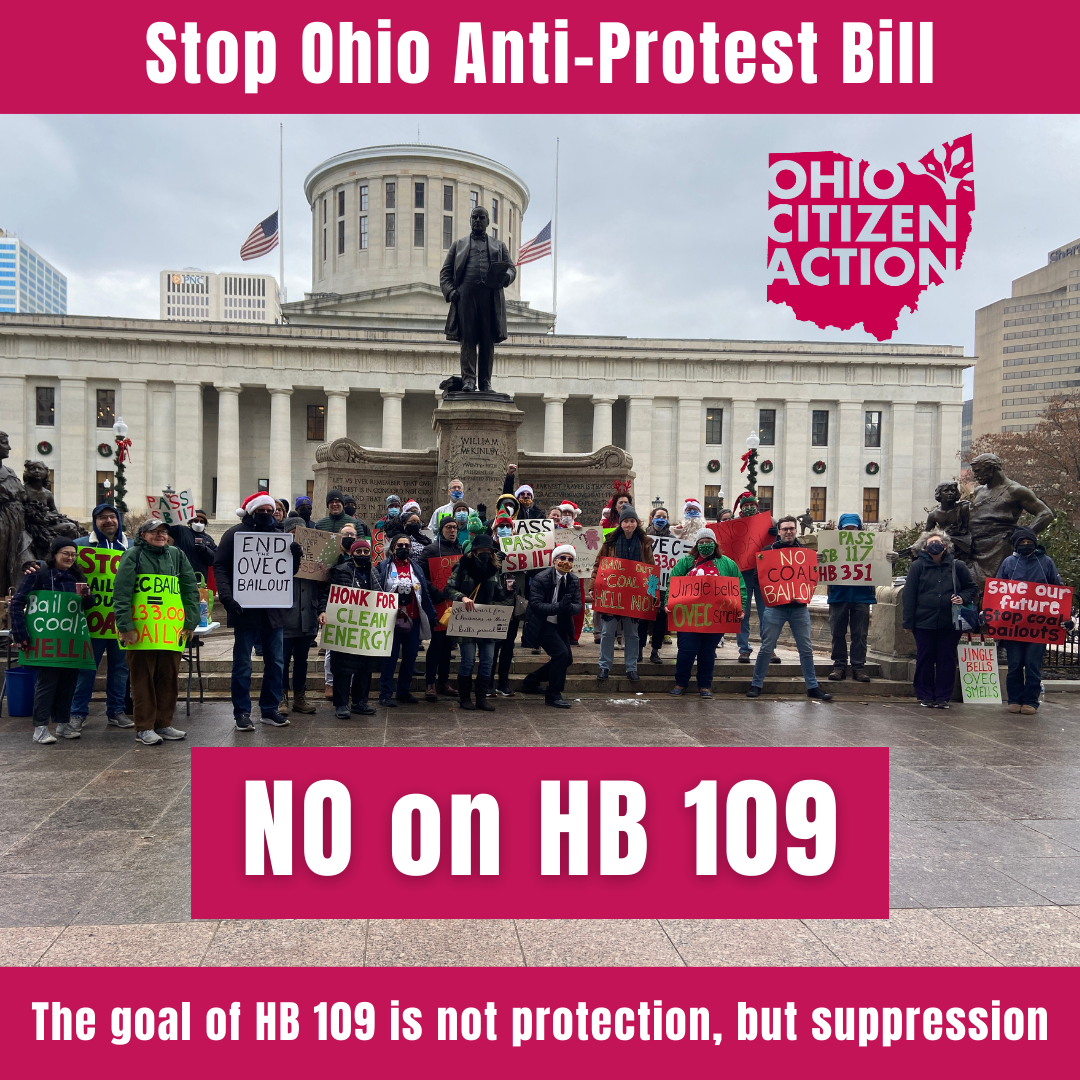 Ohio Citizen Action is among many advocacy groups that oppose HB 109, the anti-protest bill moving through the Ohio Legislature.  Public protest is baked-in to our history, rights and character as Americans. But our ability to protest in Ohio is under attack.

HB 109 passed in the Ohio House in February, 2022 and is awaiting a Senate vote.  The bill equates civil disobedience with terrorism and seeks to shut down and bankrupt organizations exercising free speech.

Sandusky Register: Lawmakers are supporting their decision to pass HB 109

“Yes, I voted for House Bill 109 and was a co-sponsor of the bill," said Rep. Dick Stein, R-Norwalk. "HB 109 supports law enforcement, our first responders, small businesses and law-abiding Ohioans while holding those who break the law accountable. I support peaceful protests by people standing up for what they believe.”

The goal of HB 109 is not protection, but suppression.

The so-called Ohio Law and Order Act, degrades the ability of Ohioans to peacefully protest and even creates higher fines and prison time for individuals involved in and organizations supporting a protest where action is subjectively deemed a “riot.”

"The goal of HB 109 is not protection, but suppression," according to Ohio Citizen Action.

HB 109 was first introduced as a response to violence that occurred in 2020 Black Lives Matter protests following the murder of George Floyd. After what we have seen in cities across the nation, this bill would create a slippery slope that could infringe on our civil rights.

We need you to voice your opposition to HB 109 today! The bill is moving to the Senate next. Call your state senator and urge them to vote against the chilling of our free speech: NO on HB 109!