More than four months after the FBI raid on Sam Randazzo’s home and his subsequent resignation from the Public Utilities Commission of Ohio, Governor Mike DeWine has selected former Franklin County Common Pleas Judge Jenifer French as his replacement and new Commission Chair. Judge French will also serve as chair of the influential Ohio Power Siting Board.

Thank you to all Ohio Citizen Action and Ohio Consumers Power Alliance members who wrote and called Governor Mike DeWine about the commission. Over 1,500 of us asked him to appoint someone who could offer Ohio a fresh start, not a rubber stamp for utilities.

Unfortunately, French comes to the PUCO with no consumer advocacy experience or energy policy background - a deficit the governor views as a strength. We're skeptical because this lack of experience will likely make the PUCO even more reliant on Scott Elisar, the Commission’s legislative and policy director.

Randazzo influence remains within the agency and must be removed 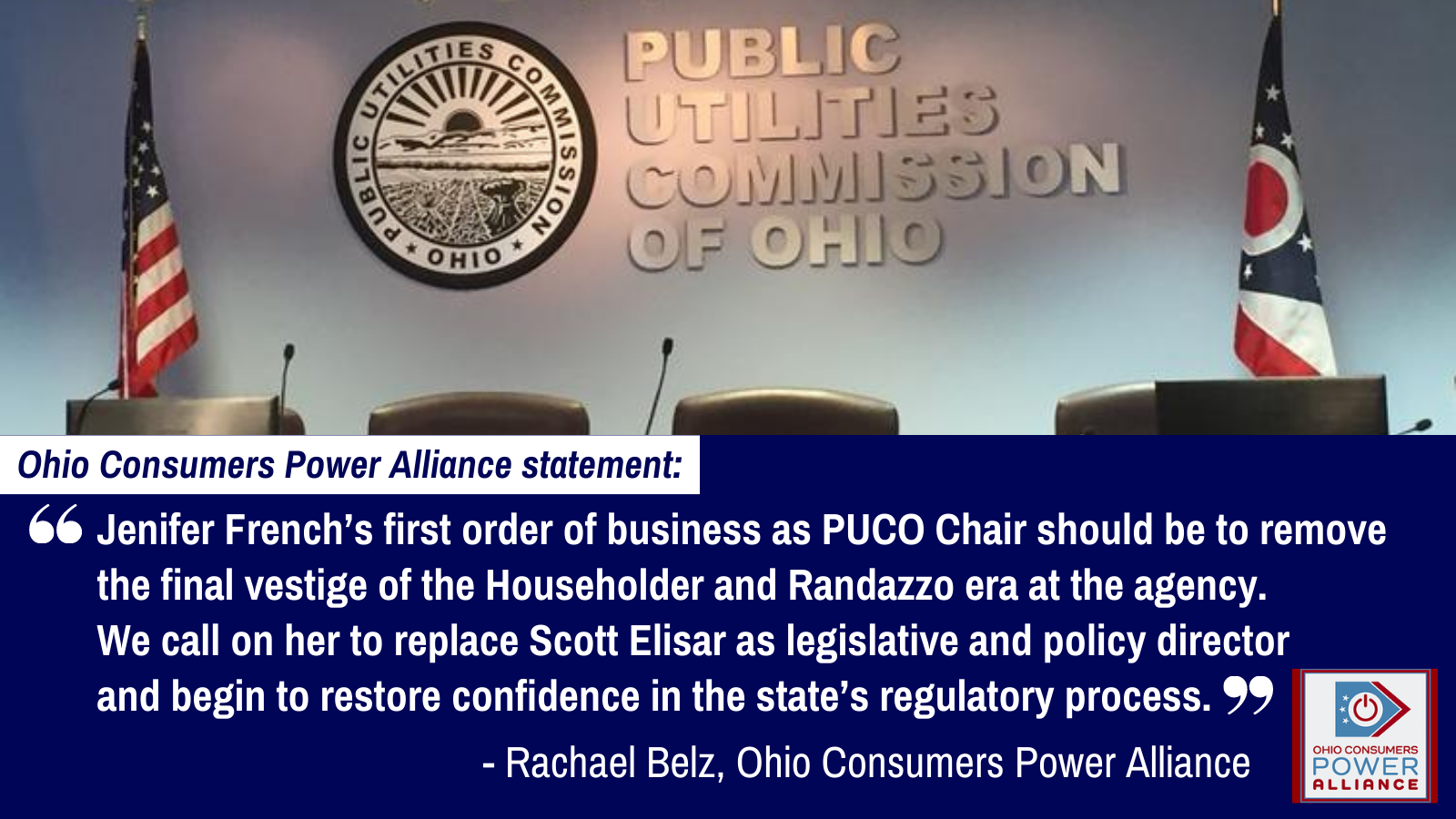 Sam Randazzo may be gone, but Governor DeWine has stopped short of cleaning house at the PUCO

Ohioans deserve better than what we got with Sam Randazzo. We deserve energy policy free of corruption and lies. We congratulate Judge French and urge her to bring dignity, transparency and the consumer perspective back to the PUCO. We urge her to commit to a fresh start.