Ohio should use our picks to draft a new energy policy 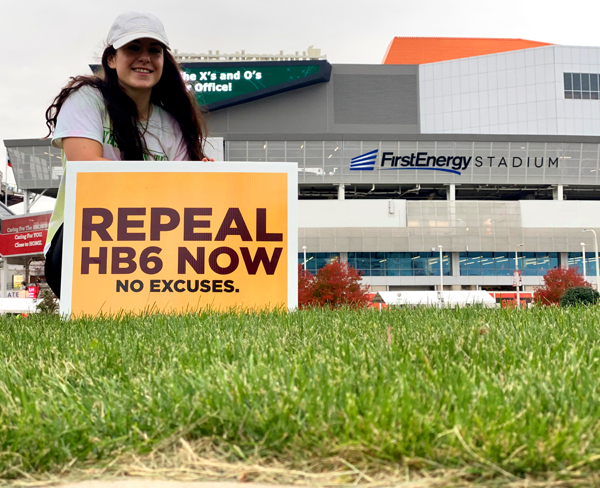 CLEVELAND — As thousands of football fans begin to gather in downtown Cleveland for the highly anticipated National Football League (NFL) draft, much attention will be focused on our local landmarks, especially FirstEnergy Stadium. While we are proud to have our city on national display, Ohioans must not lose sight of the fact that every time the FirstEnergy name is seen on the face of the stadium, it serves as a constant reminder of the corruption and scandal levied by this utility giant on consumers in our state.

The Cleveland Browns will have the 26th overall pick in this year’s NFL draft. While that is an indicator of a highly successful season for the hometown team, it is a less than stellar ranking when it comes to energy in Ohio. The average electricity price in Ohio is 12.38 cents, placing the state 26th in the nation in terms of rate, usage, and average bill. Clearly, it is another building year when it comes to energy innovation and advancement in Ohio.

But we can tackle the problem. A full repeal of House Bill 6 would restore the state’s renewable energy and efficiency programs and demonstrate to Ohioans that FirstEnergy’s corruption and dark money will not win the day against Ohio consumers. So far, members of Ohio’s legislature have instead punted on developing a real solution to this problem, blocking economic growth and investment on our home turf. It is time to draft a new energy policy for Ohio.

So, while we should all enjoy the excitement of the NFL draft on the shores of Lake Erie, let’s not forget that Ohio’s elected officials have been on the clock since the news broke of the largest bribery scandal in the state’s history. Yet very little has happened to move the ball forward. Maybe it’s because FirstEnergy paid to put its name on Browns Stadium much like they paid to leave their mark on the Ohio Statehouse.