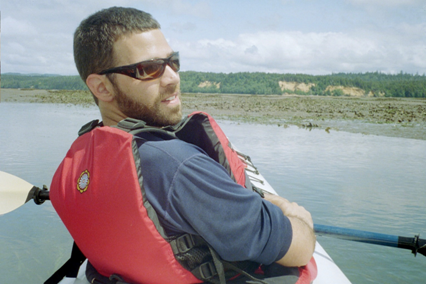 BELLBROOK — After working at Public Citizen’s Global Trade Watch, Matt attended Vermont Law School to pursue an interest in environmental and public interest law.  During law school, he led the student chapter of the National Lawyers Guild and has participated in anti-globalization and GE free food campaigns.  After law school, and two clerkships in Alaska, he moved to Ohio and now leads the housing and economic development practice group at Advocates for Basic Legal Equality in Dayton.  Matt also practices in the area of environmental justice, utilizing law to reach social justice goals.

“I tend to find my environmental ethics lining up with that of Social Ecology, which sees the causes of nearly all of our present ecological problems as originating in deep-seated social problems”, he says.

Matt was drawn to Ohio Citizen Action by its good neighbor campaign work, specifically the attributes of decentralism, community control, and direct, face-to-face democracy. “I am honored to be a part of an organization with a rich history in supporting communities’ efforts to protect themselves from pollution and other harmful contamination.”