In the past, Ohio Citizen Action has devoted a significant amount of its resources to running -- and winning -- "good neighbor campaigns," which use the power of community organizing to cause major polluters to prevent pollution at their facilities. The campaigns succeeded in winning changes far beyond what federal or state regulations would require.

The Good Neighbor Campaign model includes a series of elements outlined below. While we applied the model to each campaign, every situation developed its own character because of the varying natures of the companies, communities, and pollutants.


Elements of a good neighbor campaign 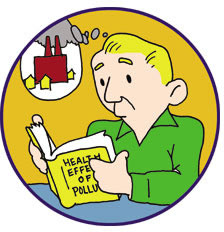 Initial research for a good neighbor campaign includes collecting data on emissions, going through permit files at regulatory agencies, researching citizen complaints, compiling basic information on the company's financial situation and structure, and most importantly, interviewing neighbors, workers, fire fighters, and regulatory agency personnel about their experiences with the company. 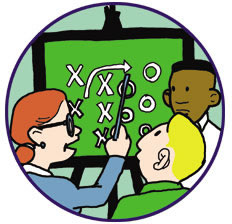 Every campaign must have a written strategy, outlining the approaches to be used to get the company to reduce pollution. The strategy will be reviewed and revised as the campaign develops. Strategic elements might include, for example, what type of environmental violations to focus on first, whether to approach the company's customers or suppliers, or how to work with neighborhood organizations or coalitional allies. 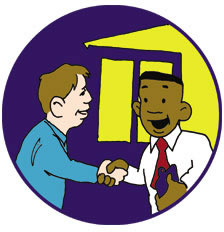 Each campaign begins with a "walk and talk" of the community, where volunteers go door-to-door meeting neighbors of the company, surveying them about their experiences with the pollution, and urging them to get involved. This canvassing is repeated periodically throughout the campaign, and can also include health surveys and distribution of pollution logs which neighbors use to track the times and dates of pollution episodes. A major goal of the campaign is to develop local leadership, either by working with people who have already spoken up about pollution problems or with people who are getting involved for the first time. 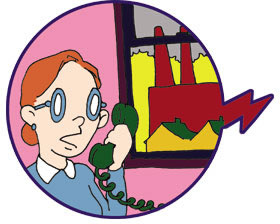 Throughout the campaign, we want to have a line of communication with the company, to exchange information, learn about their operations, react to developments,and, in some cases, negotiate a series of commitments to make changes. If the company will not talk with us at the beginning of the campaign, we will continue to search for ways to communicate with them throughout the campaign. Citizen tours of the plant or citizen inspections with their own experts can also be useful in some circumstances to learn about the facility, and exchange information. 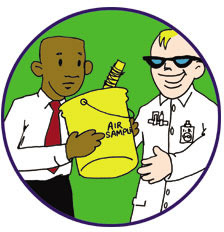 Conducting community sampling of air pollution, water quality, or particulates, is a key element of every campaign. We have used the "bucket brigade" air sampling, swipe sampling, water sampling, and other techniques. While the tests are conducted by volunteers, the results are analyzed at certified laboratories. The test results serve as a catalyst for more expensive and extensive testing by regulators or the facilities themselves, and help both the residents and the media understand the issues at stake. 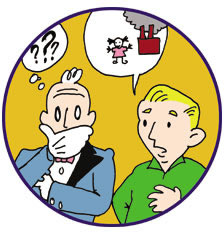 All of our campaigns involve asking thousands of members of Ohio Citizen Action, who live in the region of the polluter, to write personal, hand-written letters to company decision-makers urging them to become a good neighbor. These letters demonstrate the breadth of the public"s interest in the problem, show that the company is under public scrutiny, and spur the company to take positive actions which it can report back to these individuals.

Working with the media 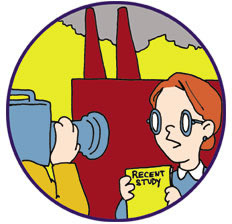 A strong and active campaign will interest local media. The media is particularly interested in covering personal stories of individuals affected by the pollution, citizen-conducted tests, direct action tactics, and major changes being made by the facility. We can also create our own media to tell stories or break news, through posting photos of accidents or pollution incidents on our website, www.ohiocitizen.org, as soon as they occur. We can also post large volumes of searchable company documents on our website, and can produce our own videotapes or documentaries. 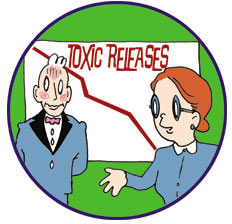 Once a company has recognized the need to make changes in its daily operations to prevent pollution, there are many ways of "getting to yes." These can involve anything from a formal negotiation between the community and the company to a unilateral announcement by the company that it has improved its operations.

Giving credit when changes are made

It is important to give public recognition to companies who have decided to become good neighbors. This recognition can take the form of a joint press release or press conference, a letter from us to the company memorializing the changes which have taken place, or a celebration with the neighbors. 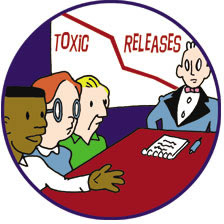 Once the public phase of the campaign has ended, it makes sense to maintain the relationship with company officials over time. The ongoing contact often takes the form of a community task force or working group which meets regularly to discuss current issues or to monitor progress on commitments which have been made.

During this time, we have also used a number of the techniques of good neighbor campaigns to assist additional local campaigns working to clean up or stop pollution, or to shut down dangerous facilities. These include opposition to expansion of the American Landfill in Stark County, the relocation of the River Valley Schools in Marion away from their location on a military waste dump, the clean-up of the Valleycrest Superfund site near Dayton, stopping the U.S. Army from treating VX nerve agent hydrolysate in Dayton, the campaign to close the WTI hazardous waste incinerator in East Liverpool, opposing the expansion of the Envirosafe landfill in Oregon, preventing U.S. Coking Group from building a coke plant in Oregon, the campaign to stop DuPont from producing hazardous Teflon chemicals, opposing the re-opening of the General Environmental Management hazardous waste facility and the campaign to prevent FirstEnergy from restarting the Davis-Besse nuclear power plant in Oak Harbor.