FirstEnergy spent millions on advertisements, lobbying and charitable giving to ensure the passage of House Bill 6, corrupting every branch of state government.

The fate of FirstEnergy's bailout of its struggling nuclear and coal plants may rest in the hands of the Ohio Supreme Court.

But six of the seven justices sitting on the court have received campaign cash from the utility at some point in their judicial careers. 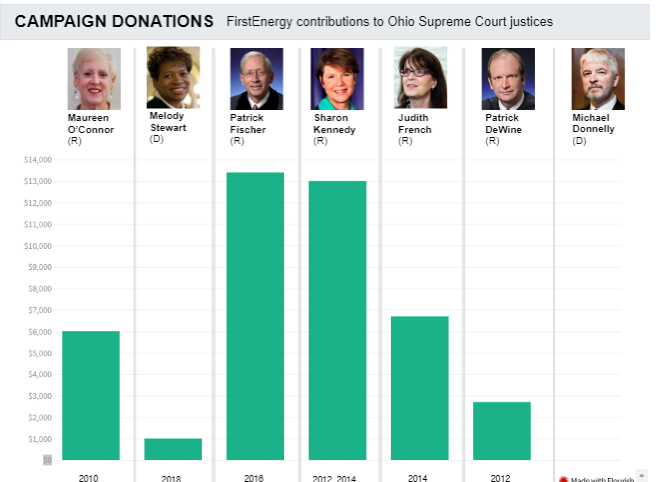 FirstEnergy gave nearly $23,000 to the campaign and inaugural celebration of Governor Mike DeWine. FirstEnergy also was among DeWine’s top campaign contributors in each of his last three elections (for governor and attorney general).

Both Ohio’s Secretary of State Frank LaRose and Ohio’s Attorney General Dave Yost received money from FirstEnergy and other utility companies that supported HB 6. FirstEnergy ranked amongst LaRose’s top campaign donors with contributions totalling $25,408. It’s unsurprising, then, that these officials responsible for approving the HB 6 referendum effort would take their time in doing so.

FirstEnergy poured more than $400,000 into state legislative campaigns during the 2017-18 election cycle that helped create the General Assembly that passed HB6. 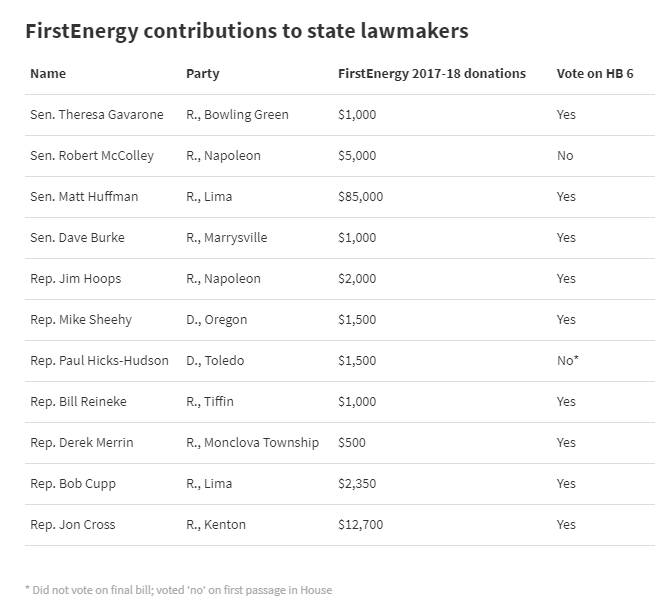 on Tuesday, the Energy and Policy Institute released a report, Strings Attached, that notes numerous cases in which recipients of gifts from utilities or their parent corporations provided legislative testimony or regulatory comments favorable to companies’ interests.