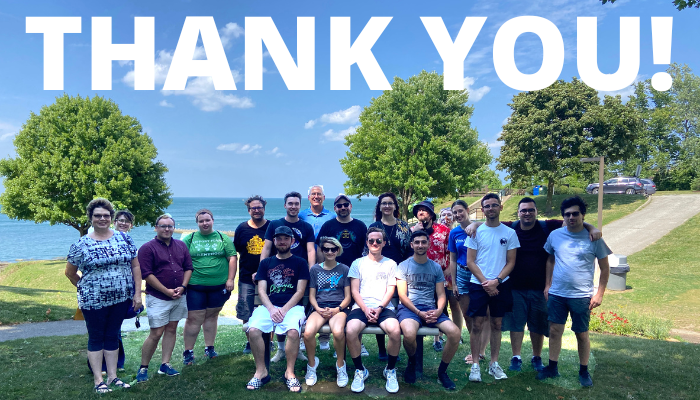 Thank you to everyone who has called, written, emailed, recorded a video, or made a contribution to our Our Crime with DeWine campaign!

We released another video featuring Ohioans who are sick of the lack of leadership and integrity demonstrated by the DeWine/Husted Administration in cleaning up the House Bill 6/PUCO scandal.

We hope you will take a moment to watch: 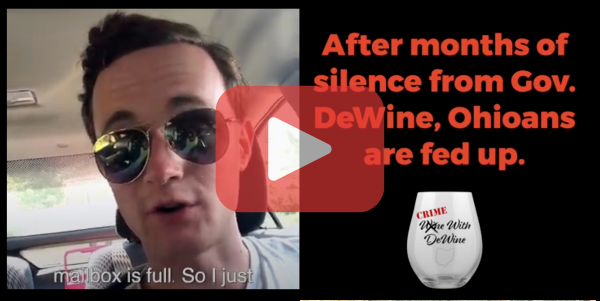 Our voices are being heard 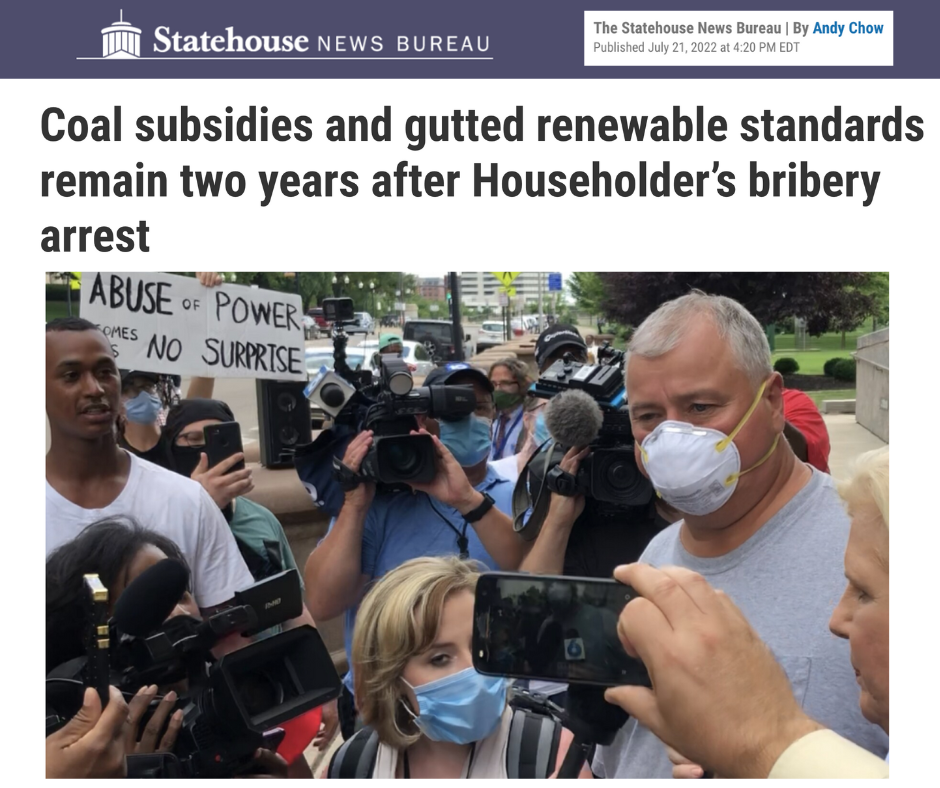 "Coal subsidies and gutted renewable standards remain two years after Householder’s bribery arrest." It's enough to make you think you have to be living in an alternate universe. But no, just living in Ohio post House Bill 6.

Our former Senior Advisor, Lisa Maatz commented on how the Ohio legislature have refused to pass a full repeal of HB6:

“Consumers are getting hosed in Ohio right now and they know it... Politicians have been counting on consumers having short memories..the reality is the sting of this is lingering and we get a reminder of it every month when our bills come up.” 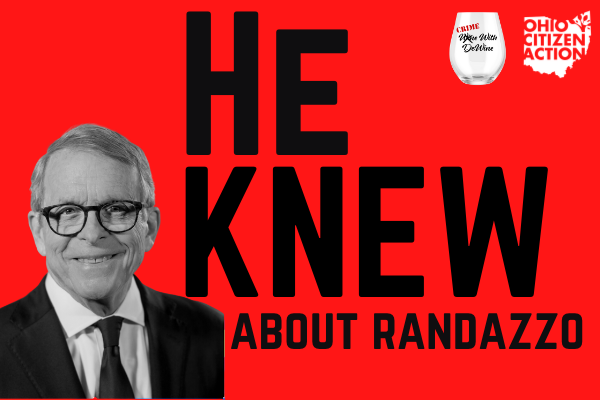 The $4.3 million Randazzo payment was disclosed last week in a shareholder securities lawsuit

FirstEnergy's C-suite executives and senior VPs were apparently all informed of the company's plan to bribe Ohio's top utility regulator in a meeting months before they paid out the $4.3 million bribe. FirstEnergy only publicly disclosed the payout in 2020 after the FBI raided Randazzo’s home.

The timing of the alleged Executive Council meeting matters

Former FirstEnergy CEO Chuck Jones disclosed the existence of the payment to Randazzo’s private consulting firm at an Executive Council meeting in December 2018. It means that we can finally let go of the claim that Governor DeWine hand-picked Sam Randazzo to lead the Public Utilities Commission without knowing his ties to FirstEnergy.

It's further evidence how FirstEnergy works behind the scenes to protect their profits and fight the clean energy transition. 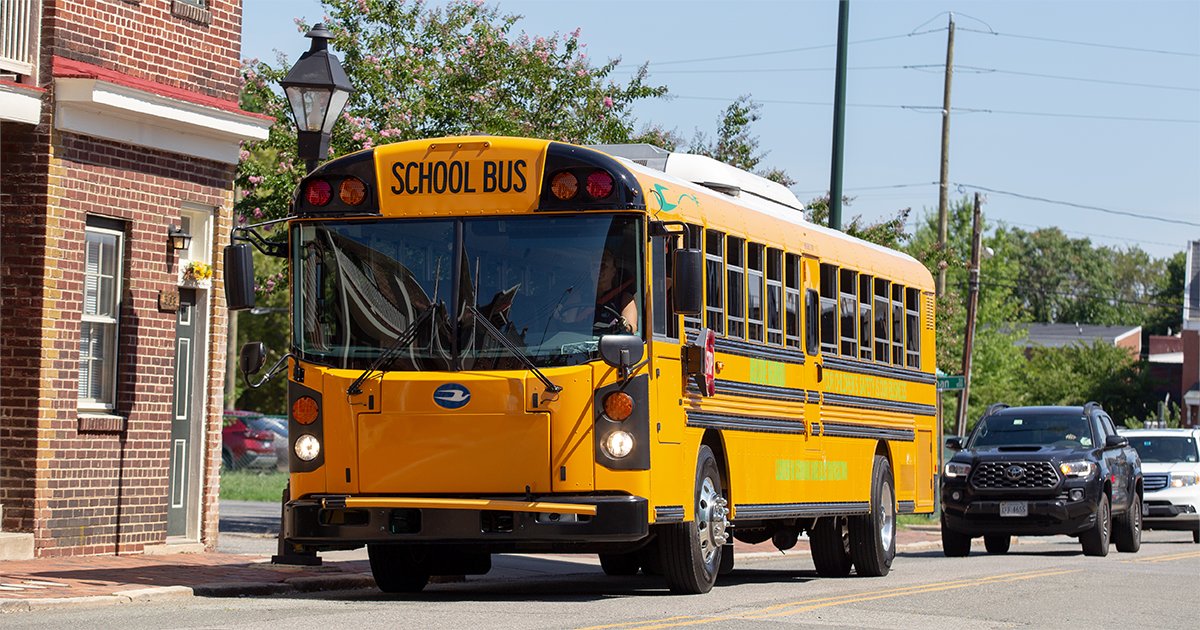