About that Margaret Mead quotation 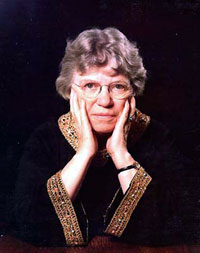 There's a Margaret Mead quotation that appears in countless books, articles, blackboards, and posters. It goes like this:

"Never doubt that a small group of thoughtful committed individuals can change the world. In fact, it's the only thing that ever has."

Good quote. Unfortunately, there's no evidence to support it -- its just plain wrong.

This civil rights movement in the United States? The antiwar movement? The women's movement? Millions.

The overthrow of the Soviet Union and the other Soviet bloc dictatorships? The end of apartheid? Millions of thoughtful, committed people.

OK, but doesn't it start with a small group?

No, that's too mechanical. Real life is more interesting.

As Tom Hayden has said, "Any oppressed people will always look like they are asleep to everybody from the oppressor to the organizers to the experts who are observing and writing about them . . . The people who seem asleep always awake at the most unusual times. No one ever predicts when or where people will rise up. . . . If you predict a revolt here, it will start there."

Small groups can't even predict when it will start, let alone start it.

Of course, spontaneity is not enough; organization and leadership are required if the movement is to sustain itself. But the idea that a small group can start a world-changing movement is not based on fact. 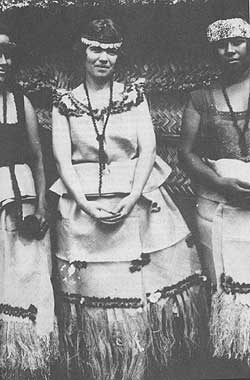 In 1925, Margaret Mead, a young American anthropologist, went to Samoa. On her return, she wrote a book called "Coming of Age in Samoa", which became a runaway bestseller, quite influential. It made her the most well-known scientist in America until Albert Einstein showed up.

The book's popularity came from the message: that in Samoa, young people practiced free love with no rules whatsoever, and that as a result there was no adolescent turmoil, tension about sex, jealousy, revenge, divorce, or rape.

Mead died in 1978, and a few years later Derek Freeman and other scientists confirmed what Samoans had been trying to say all along -- that the premise of the book was patently false. In fact, in Samoa, young people were and are subject to sexual modesty and regulation much like everywhere else in the world.

How did Mead get it so wrong? She had a little trouble getting down to work in Samoa, and found that she had to leave before she could do the research. In a rush, she interviewed two young women, Fa'apua'a and Fofoa, one night and left Samoa the next day. Mead then presented the results of the interview in her book as though they were the results of months of study of dozens of people.

After Mead died, Fa'apua'a -- now an old woman herself of course -- said that what she told Mead was a hoax. According to her, she and Fofoa colluded in telling Mead what they did because of their embarrassment at her insistent questioning on the forbidden topic of sexuality. They decided to tell some tall tales at the expense of a visiting American.

The hoax doesn't get Mead off the hook, because she lied about doing a study. (While in Samoa, she served as a translator at a couple of rape trials. How can you have a rape trial if you don't have any rape?)

This background sheds light on that quotation -- she was talking about herself and her colleagues -- and the dangers of taking the quotation seriously.

Why is this quotation so popular?

It may be because many activists are frustrated with working with people who appear to be fast asleep. (Remember that's how they seem just before the big surprise.)

This frustration can lead to giving up, or to the fantasy that we can do it ourselves. "If they won't come along, don't worry, our small group will do it for them. We'll continue to call ourselves 'organizers', but we'll win without organizing those sleepy people."

As a canvasser, the most important thing you do is to look people in the eye and identify who has the potential for activism and leadership beyond signing the support statement, contributing money and writing a letter.

Once you have identified such a person, an organizer must follow-up promptly to realize this potential. That's the most important thing they do.

If, instead, the "organizer" spends their days talking to experts, academics, reporters, lawyers, legislators, bureaucrats, and other nonprofit staff -- that is, everyone except the people with the problem -- then they're throwing away your most important work.

And the campaign ends up achieving what a small group can achieve: small results.

From the point of view of the person at the door, once they let you know they are ready for more, a clock starts ticking in their head. If, within a certain short amount of time, they don't hear from an organizer, this potential leader will write us off as the most recent in a long string of disappointments.

There are such clocks ticking all over the United States right now.

Some people think that 'left' and 'radical' are synonymous. They're not, and the Margaret Mead quotation shows the difference: