Will FirstEnergy Corp. be charged next? 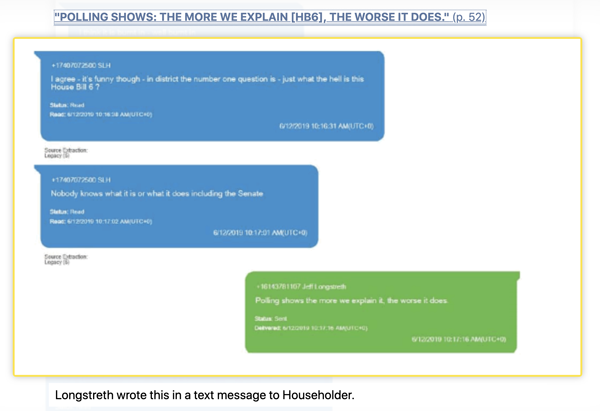 The indictment does not name as defendants FirstEnergy Corp, its subsidiary FirstEnergy Service Company, or FirstEnergy Solutions (now known as Energy Harbor), the company which owned the nuclear assets that HB 6 bailed out, and which FirstEnergy spun off in bankruptcy restructuring.

However, it makes clear that these companies provided nearly all of the $60 million to fund the operation, most of which it routed through a 501(c)(4) dark money organization called Generation Now.

2. Exactly how Householder and his associates spent FirstEnergy Corp’s $60 million

3. FirstEnergy Corp. not only funded, but was intimately involved in the operation

While the FBI has not yet charged FirstEnergy with wrongdoing, it describes in detail how close the company and its executives were to the alleged racketeering operation.