This is a huge concern

Our Crime with DeWine campaign released another video today. Hear the message that Audra from Rocky River has for Governor DeWine, asking him to fight for her as an Ohio consumer rather than protecting utilities who have reigned over Ohio politics and policies for far too long.

We need your help! We are asking everyone to record a short video message to the Governor.

Governor DeWine needs to hear from you!

Our launch video released by the campaign on March 8th has already received nearly 19,000 views on YouTube.

"The disclosure adds new heat to Gov. Mike DeWine, who appointed Sam Randazzo to the PUCO and signed HB 6 within hours of lawmakers passing it." On the same day Governor Mike DeWine gave his State of the State address, the names of FirstEnergy officials who orchestrated payment of the HB6 bribes were identified 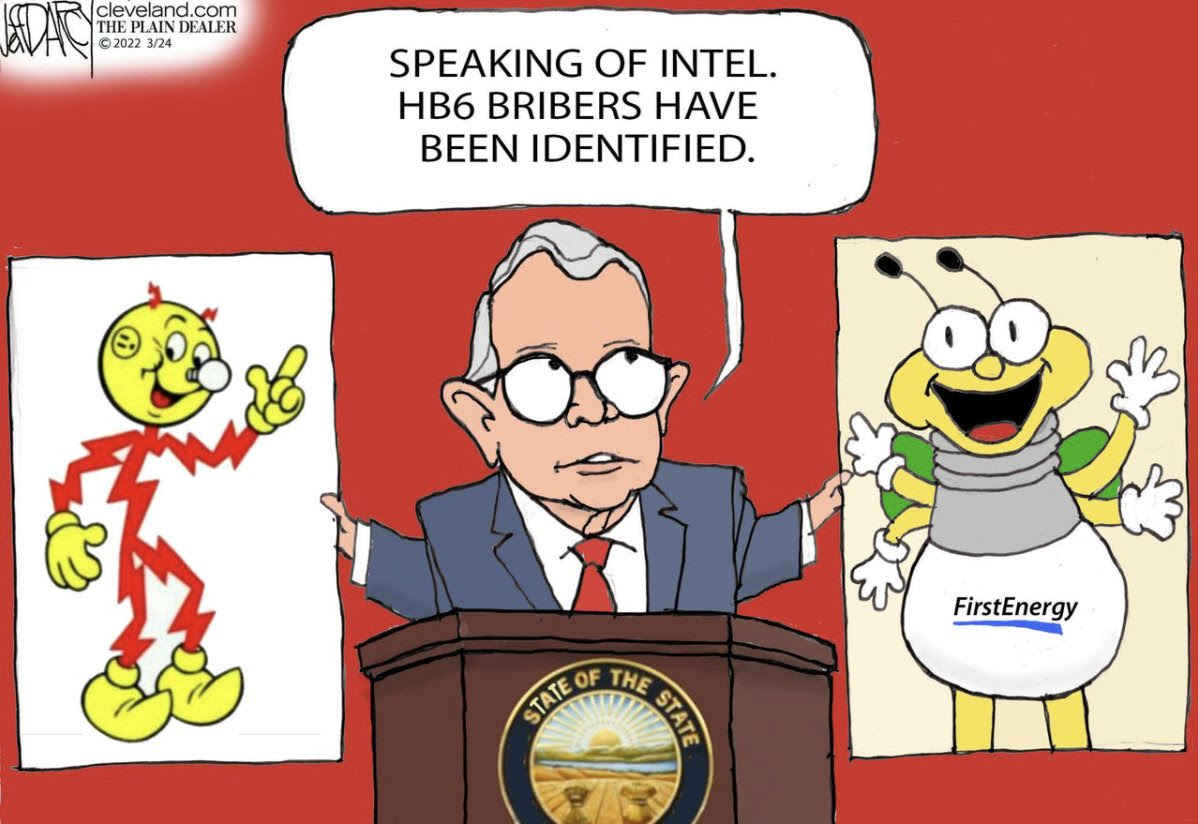 We need a full picture of FirstEnergy’s political activity and the extent to which utility customers paid for it. Why isn't Governor DeWine calling for a full investigation?

We hope you will take a moment to record a short video message today.