They Called the Cops on Us 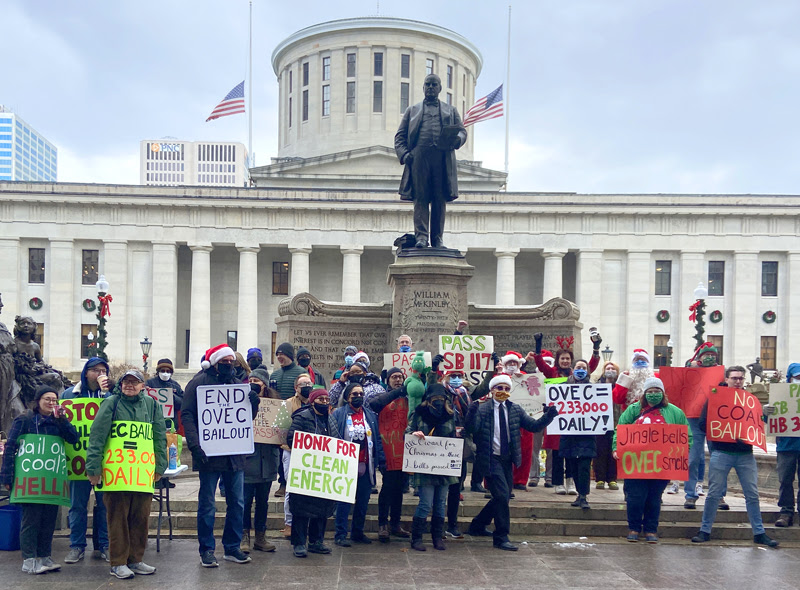 Our demonstration at the statehouse December 9 was a rousing success. We thank all our fellow activists and supporters for showing up! It’s the kind of on-the-ground, grassroots organizing that is our calling card.

Because we are citizen-funded, we need your help to keep up momentum over the holidays. Will you support us with a contribution today?

Santa and his elves delivered stockings filled with coal to all the naughty legislators who haven't yet acted to repeal the OVEC coal plant subsidies. 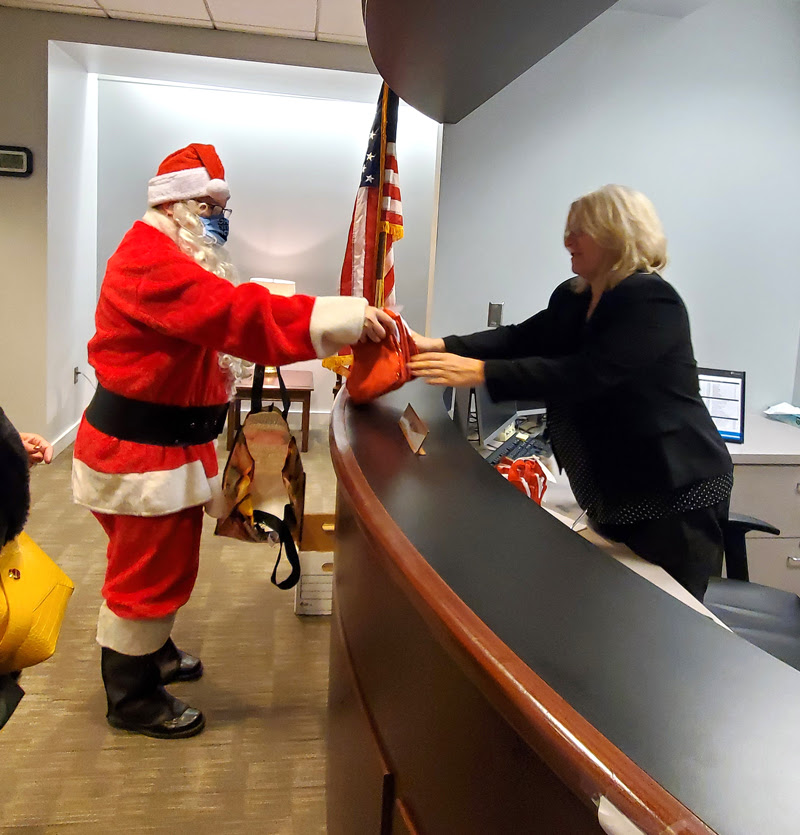 We know at least some of them made it to their intended recipients. 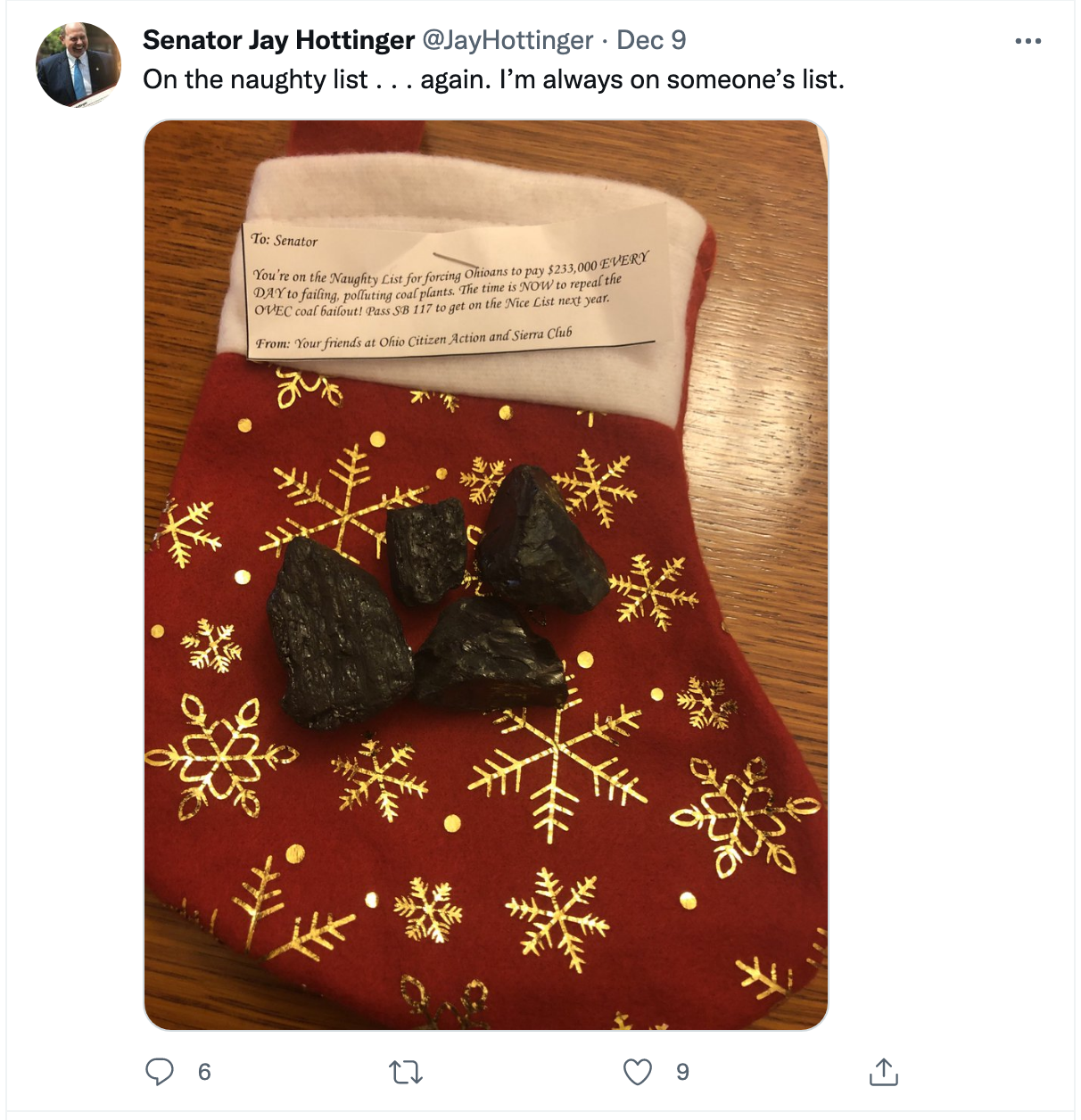 The real kicker of the protest though was when someone called the senate sergeant-at-arms to escort us from the building. As if we were the problem. 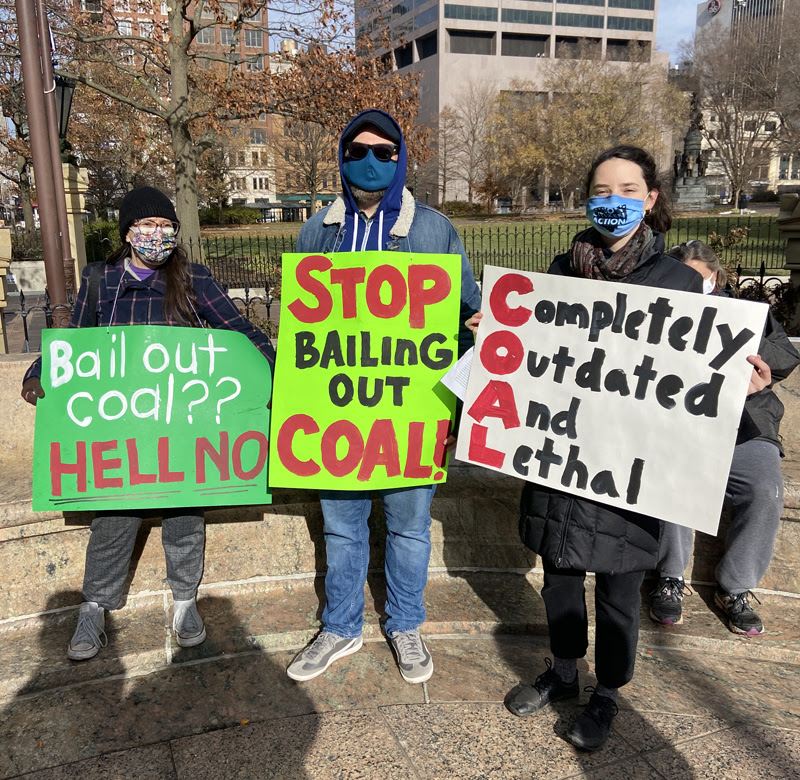 We won't stop until this bill is repealed in full- our future depends on it! 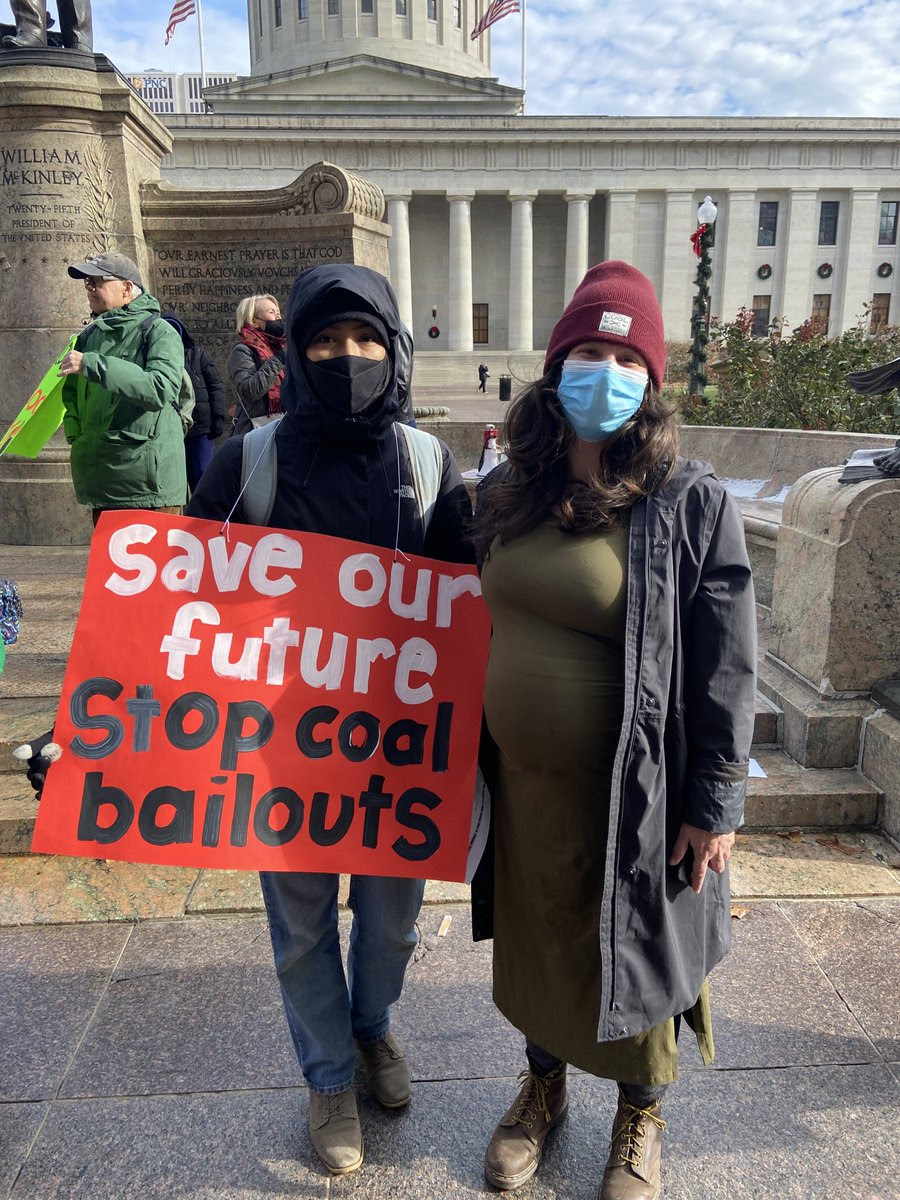