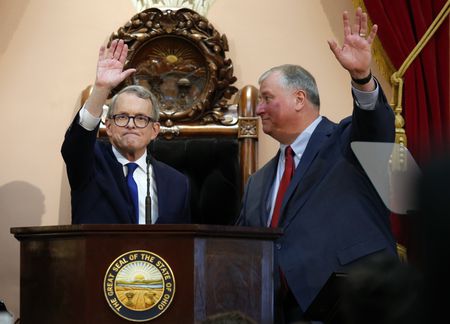 CLEVELAND –– "There is no evidence DeWine participated in any wrongdoing. Still, as Laura A. Bischoff of the Daily News reported a week ago, FirstEnergy and its then-subsidiary, FirstEnergy Solutions (now the independent Energy Harbor), gave eye-popping sums, directly and indirectly, to DeWine’s campaigns.

Since 2017, when DeWine was gearing up to run for governor, the two firms 'donated more than $1 million to nonprofit groups and political campaigns to help elect ... DeWine,' Bischoff reported.

But the facts in this tangle of alleged pay to play, dark-money influence, political arm-twisting and a pipeline of utility favors extending from FirstEnergy’s Akron headquarters right into the heart of Ohio governance and regulation can’t be ignored.

And DeWine benefited from that dark-money pipeline. He is not accused of any criminality. But he has soiled himself by openly courting FirstEnergy favors, including soliciting the company’s political contributions for himself and his daughter, Alice DeWine, when she ran unsuccessfully for Greene County prosecutor last year.
And can it be coincidental that, even after others warned DeWine of the extent of Randazzo’s FirstEnergy ties, DeWine picked Randazzo to chair the PUCO and the Ohio Power Siting Board?"
–– Editorial Board, cleveland.com and The Plain Dealer
read more