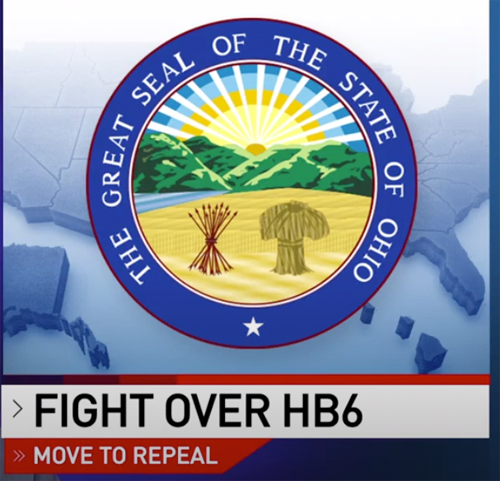 CLEVELAND (AP) — Ohio's consumer watchdog has asked a regulatory agency to conduct an independent investigation of the state's largest electric utility, FirstEnergy Corp., that federal authorities have tied to a $60 million bribery scheme involving one of Ohio's most powerful politicians.

The Ohio Consumers' Counsel in a motion filed late Tuesday with the Public Utilities Commission of Ohio has asked that outside investigators examine whether money collected from consumers "was improperly used for any activities in connection with HB6 instead of for electric utility service."

...The counsel and others filed an appeal with the Ohio Supreme Court to overturn the grid modernization charge, which cost customers roughly $465 million by the time justices said the charges were unlawful and unreasonable and revoked them, the filing said.

The PUCO complied with the court's ruling to end the modernization charge, but did not order FirstEnergy to pay back the $465 million it had charged to customers before the Supreme Court made its ruling."