The outpouring of love and gratitude for Rich Swirsky, following his death last week from leukemia at the age of 68, is on a scale rarely seen. As an Akron City Council member, teacher, counselor, and community leader Rich directly touched the lives of thousands. And everyone describes Rich the same way: he listened to them, he genuinely cared, he got results --and he always had fun in the process.

A 1985 Akron Beacon Journal profile called Rich “Akron’s Own Ralph Nader.” While Rich probably got a good chuckle out of that – and he certainly deserved the comparison -- even that accolade doesn’t really do justice to him. To me, the most striking thing about Rich is that down to the very core of his being he was rooted in his community. That of course started with his family – the love of his life, Becky Jenkins, to whom he was married for 35 years, and their wonderful children, Sarah and David – and radiated out from there, to his neighborhood, his council ward, the city of Akron, and causes of justice around the world. 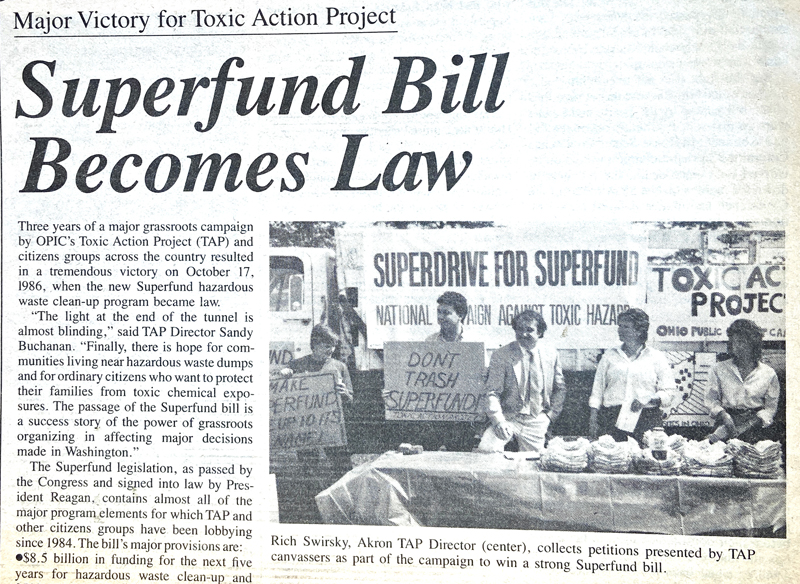 Rich served as the Akron Area Director for Ohio Citizen Action from the late 70s to the late 90s. In that role, he led a brilliant campaign to enact one of the nation’s first local toxic chemical right to know laws (which later become the model for a new federal law); convinced grocery stores like Acme to carry organic produce; pioneered “good neighbor campaigns” to urge polluters to make their facilities safer for workers and communities; and launched an environmental education program. 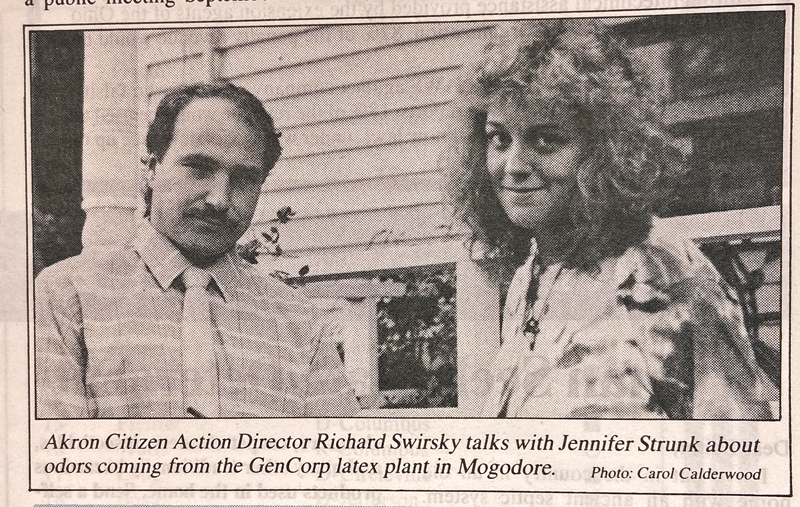 In the early days of Citizen Action – then known as the Ohio Public Interest Campaign – Rich championed the cause of workers who were losing their jobs due to plant closings. In 1978, when the Mohawk Rubber Company gave its workforce only 9 days’ notice that the factory would close, Rich threw his heart and soul into supporting the employees. He wrote a theme song for public rallies, with the memorable refrain, “Workin,’ Sweatin,’ Turnin’ Out the Tires.” (Later he said some of our other local directors nicknamed him “Workin’, Sweatin, Swirsky!”). 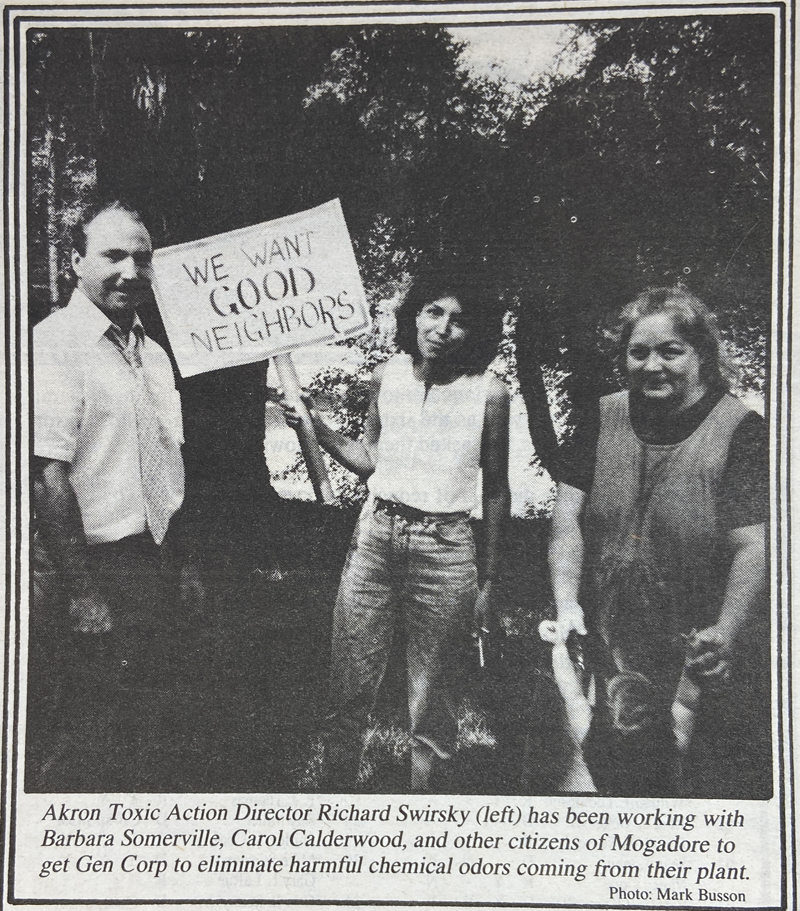 Last summer, Rich was delighted that the historian working on the presentations for a new memorial honoring the city’s rubber workers was interested in his song. We couldn’t find a copy of it in our old organizational files, so Rich said he sat down to remember the lyrics and they just “flowed out” Then he enlisted his friend Zach Freidhof, a local musician, to record it.

Although he had to pull back from daily City Council duties during his cancer treatments over the past six months, Rich kept his eye on Akron politics. He made sure that a plan to allow fracking underneath the reservoir that supplies the city’s water did not move forward. And just two weeks before he died, Rich joined an online Council meeting to cast crucial votes to pass measures to prevent evictions and to support the federal George Floyd Justice in Policing Act.

Rich was a huge Bob Dylan fan, and had a poster of “Forever Young” on his Facebook page. The song perfectly captures Rich’s spirit, and the gifts he gave all of us.

May you always be courageous; Stand upright and be strong

And may you stay
Forever young