Response to "Crime with DeWine" Launch Video from our CEO Rachael Belz highlighting the response to the Crime with DeWine campaign that we launched last Tuesday. Rachael outlines three very specific asks directed at Governor Mike DeWine and Lt. Governor Jon Husted in the wake of the House Bill 6 scandal.

Thank you to all who sent a letter to the Governor!

If you haven't sent a message yet, you still can at Crime with DeWine

Another way to help:

U.S. District Court Judge John Adams walked out of a March 9 court hearing when a FirstEnergy lawyer evaded his question about "who paid the bribes?" in the House Bill 6 scandal is now pressing attorneys to justify why that information should be shielded from the public. Larry Householder's trial won't begin until January 2023, but in the meantime he could be violating pre-trial release conditions by contacting witnesses and influencing pending legislation. 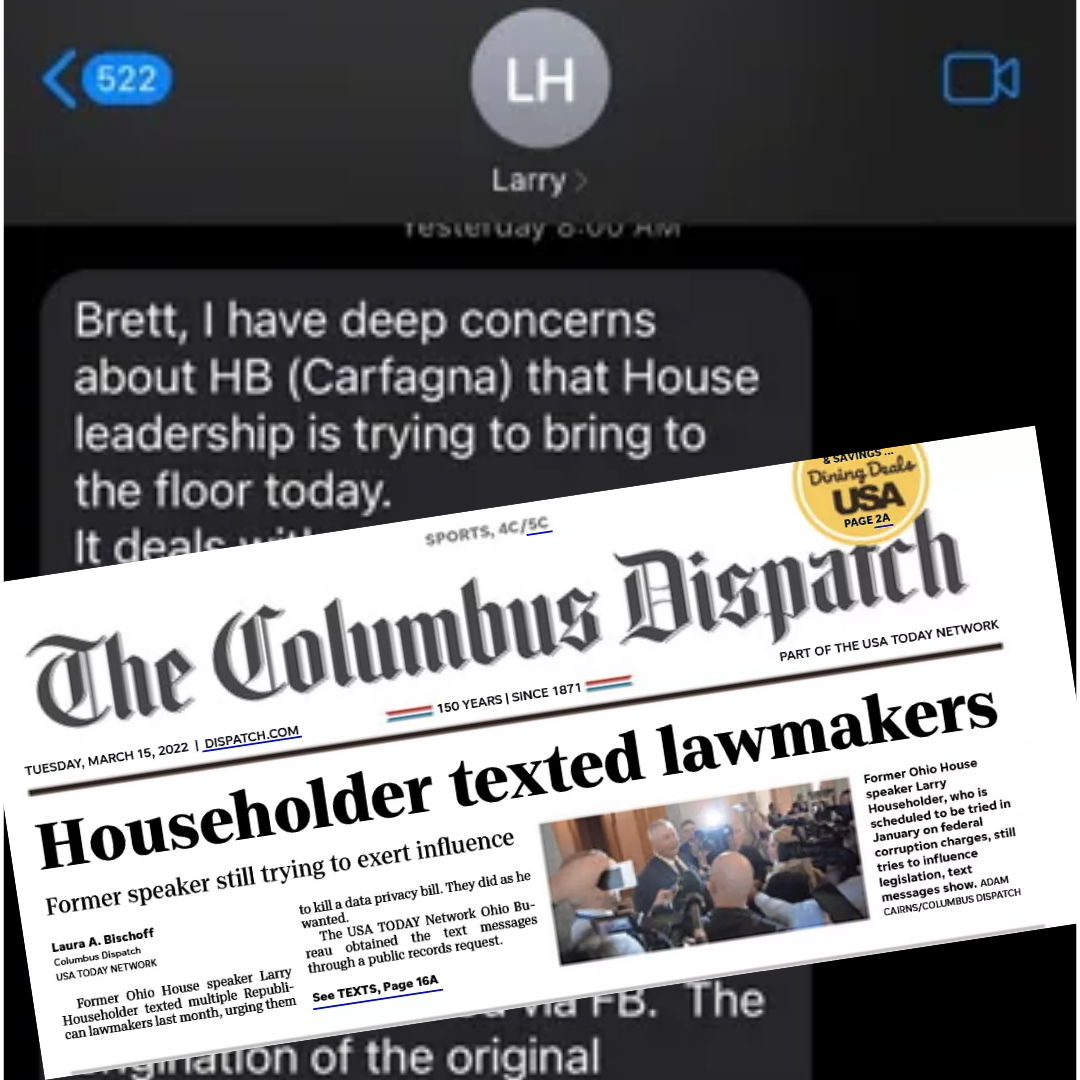 Greg Price, a judge who oversees utility cases at the Public Utilities Commission of Ohio withdrew himself from four cases involving HB6. He cited the “truly unique circumstances” in play.

Greg Price’s recusal comes shortly after newly released documents show he played a part in policy discussions on HB 6 and responses to the FirstEnergy scandal. 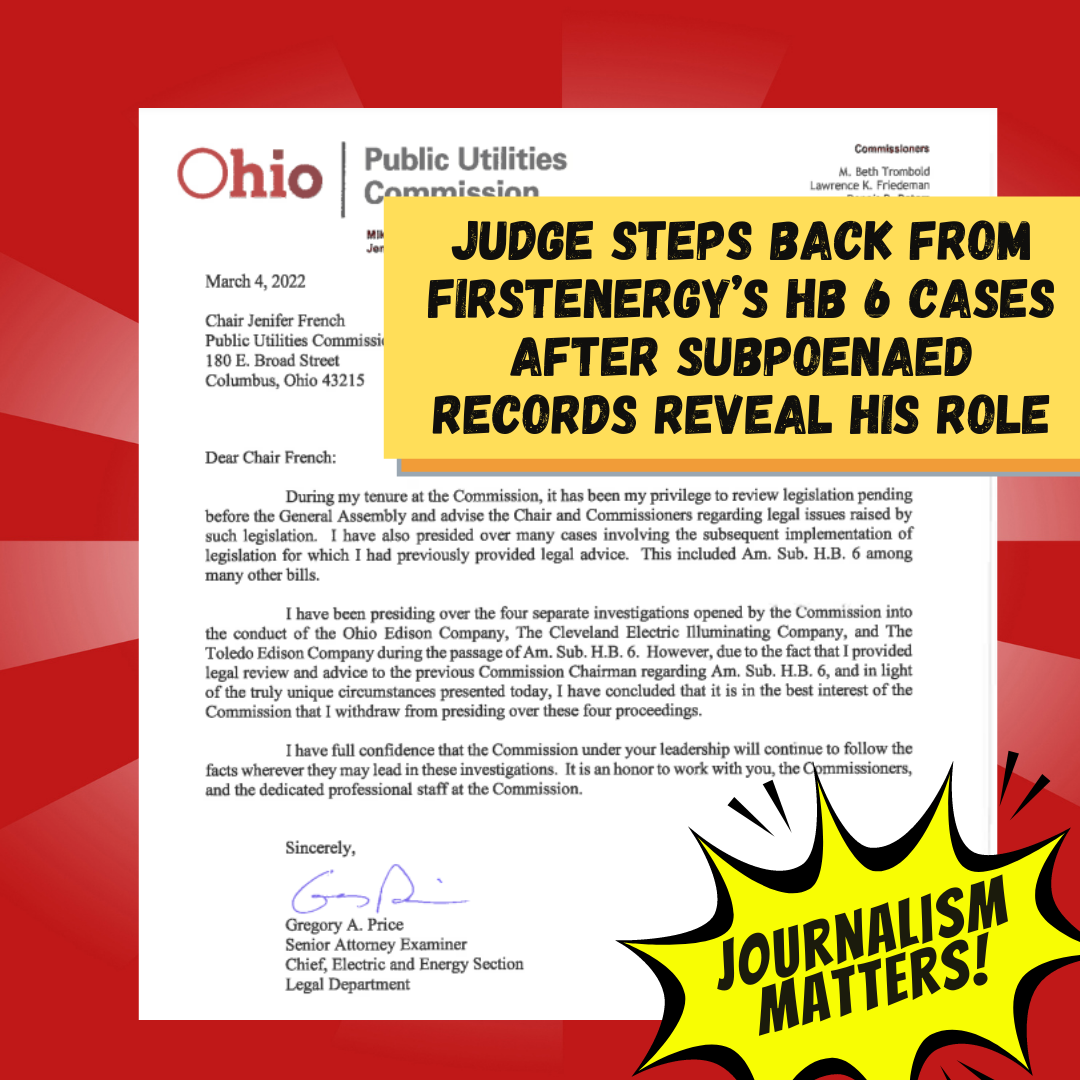 Please take a moment to write a letter to the editor. Our action page makes it really easy.