We're finally getting more of the picture regarding what led to the House Bill 6 scandal. A trove of more than 2,000 records subpoenaed by the FBI shows how former PUCO chair Sam Randazzo, Governor Mike DeWine and others acted leading up to and during passage of HB 6.

The records also prove that, together we are a force to be reckoned with. 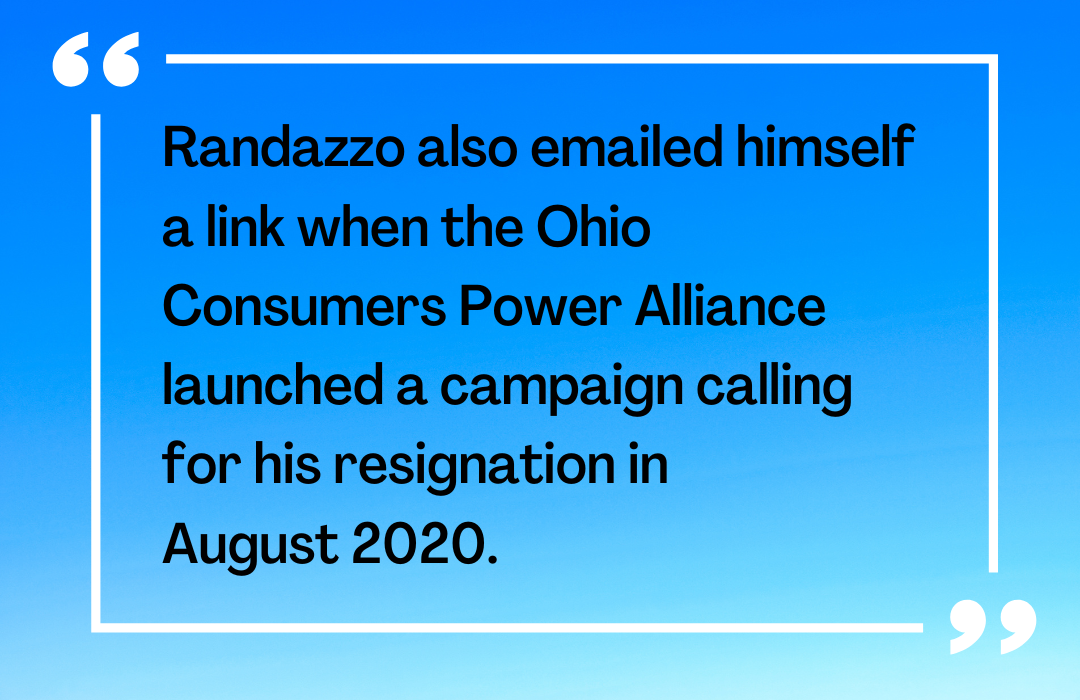 No one exerted more influence over Ohio's corrupt energy policy than Sam Randazzo. Our Ohio Consumers Power Alliance project was correct to call for his resignation.

Thank you to the 2,467 members like you who wrote to demand Gov. Mike DeWine remove him from the PUCO.

Those that were shaping energy policy during these scandalous past few years must be held to account. Won't you please help? 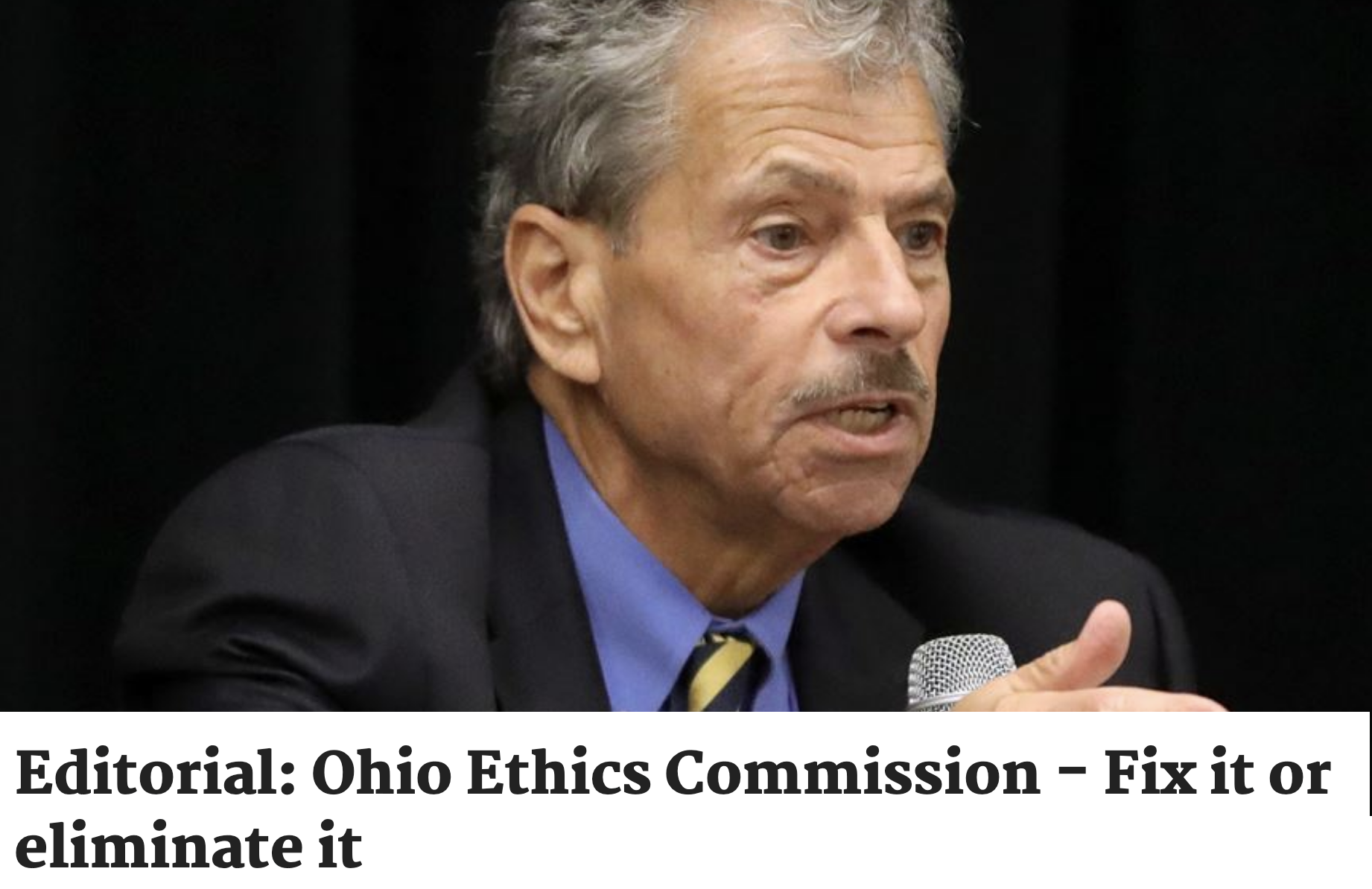 We wholeheartedly agree with this editorial from Sunday's Toledo Blade:

It’s an embarrassment to the very concept of state ethics laws that a regulator could earn millions from a firm he regulated while filing Ohio financial disclosure statements.

It would be better to abolish the Ohio Ethics Commission than to allow this massive failure of process to go unfixed. 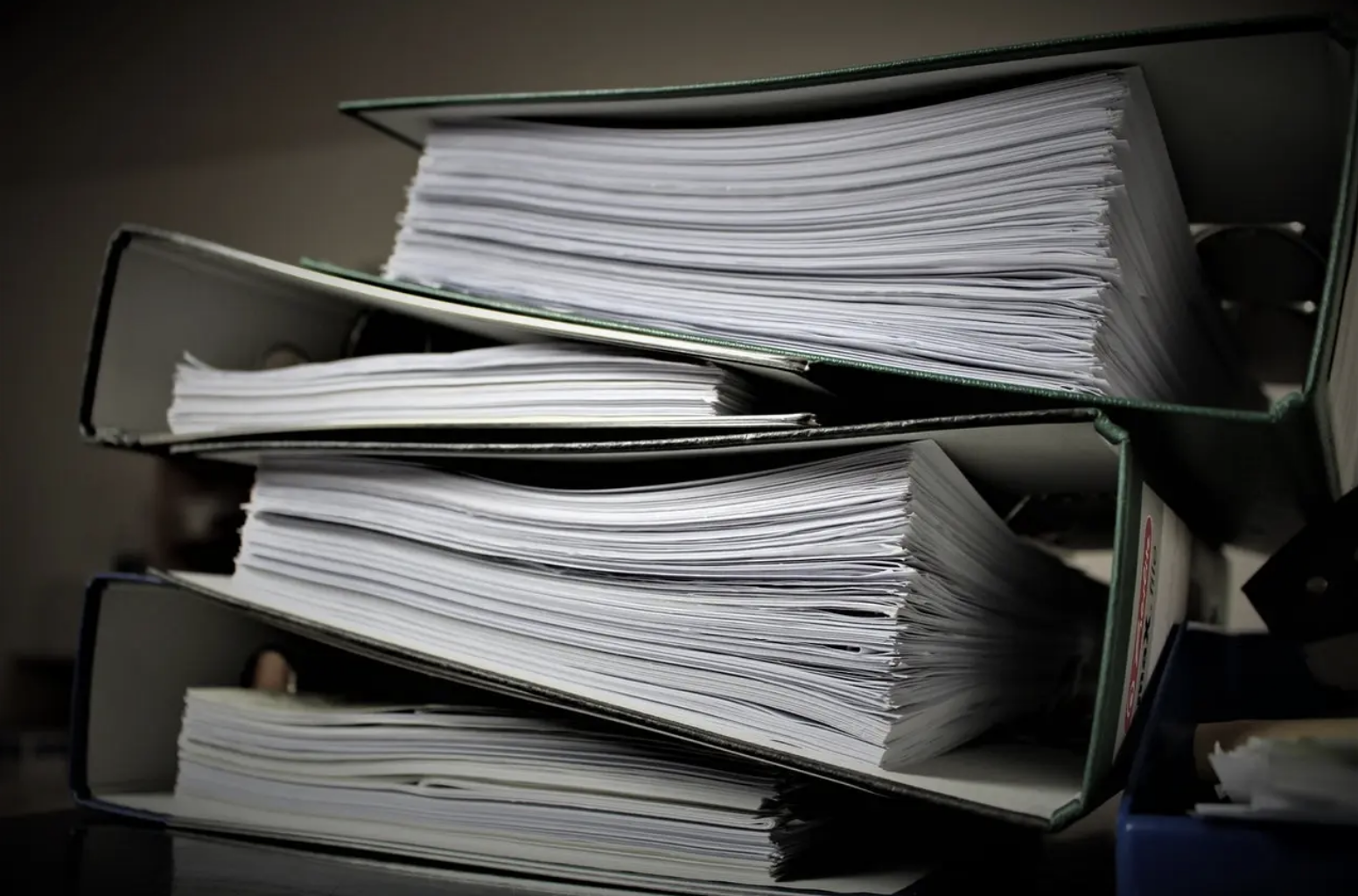 New information comes to light every day affirming that Ohioans have been left in the dark about how our energy policy is made. But PUCO still hasn't produced all the documents from both before and after Randazzo's tenure.

We demand to know:

WHY has the PUCO mostly stayed the course with the approach Randazzo crafted for the agency’s limited and piecemeal response to the HB 6 scandal?

WHY did Gov. DeWine use his personal email to communicate with former PUCO chair Sam Randazzo about House Bill 6?

WHY has the PUCO stymied challengers’ fact-finding efforts in various HB 6-related cases, as well as delaying timelines for those cases, which won’t wrap up before DeWine and Lt. Gov. Jon Husted face re-election in the fall?

And WHAT, if anything, has DeWine told the PUCO since Randazzo left about investigating alleged corruption? 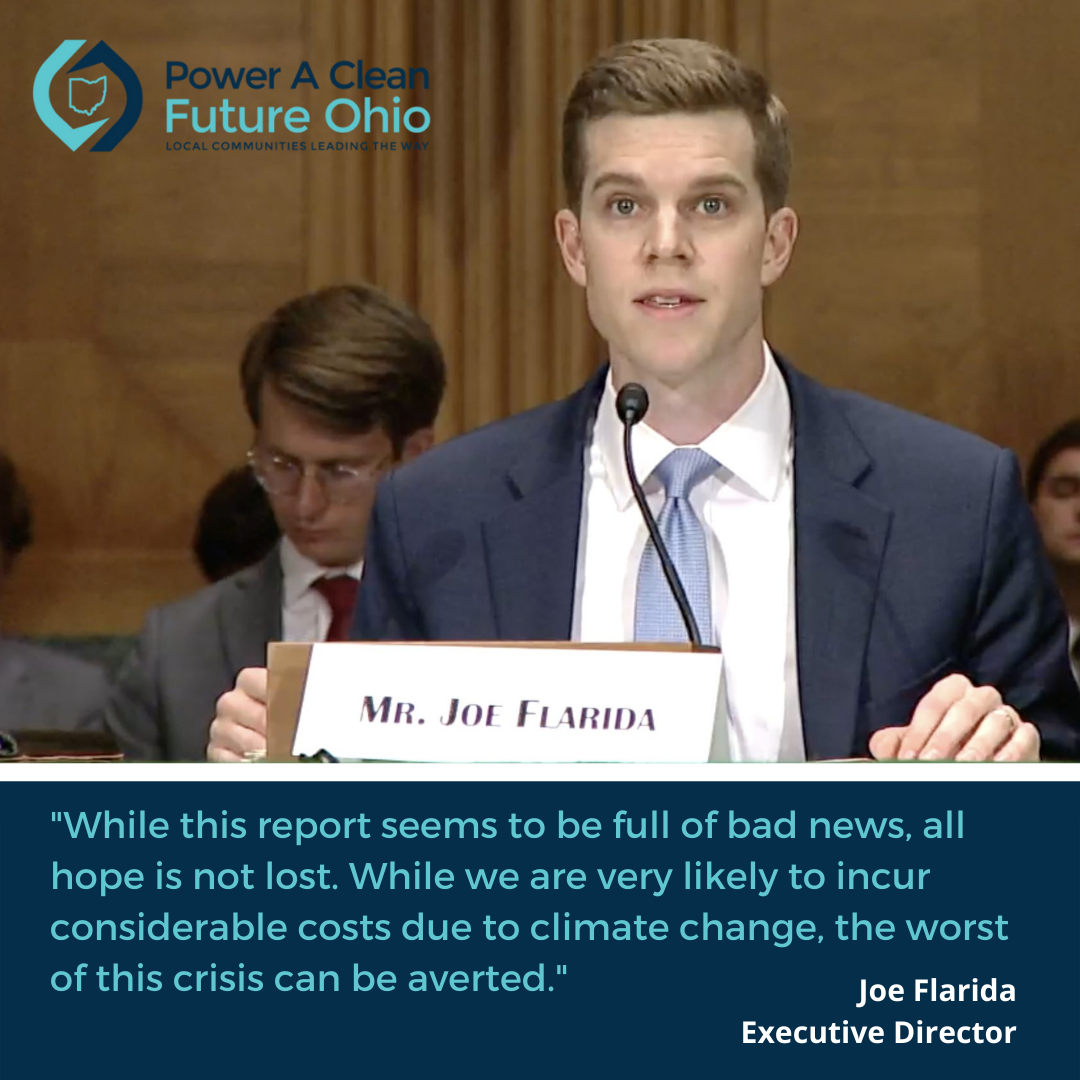 Joe presented the findings from a first-of-its-kind report, The Bill is Coming Due: Calculating the Financial Cost of Climate Change to Ohio’s Local Governments, which provides a conservative estimate of the additional costs that municipalities can expect to incur due to climate change.

According to the report, local governments across Ohio will need to increase municipal spending by as much as $5.9 billion annually by midcentury to adapt to the challenges of a worsening climate crisis.