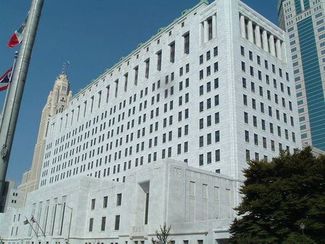 COLUMBUS — "If Ohioans Against Corporate Bailouts is given additional time, another question is whether they should get less than 38 days because their initial proposed ballot summary -- a succinct explanation of the proposal provided to potential petition signers -- was rejected by Attorney General Dave Yost. Yost approved revised ballot summary language a couple weeks later.

The Supreme Court wasn’t required to accept Sargus’ request. But on Tuesday, the court – without comment – agreed to hear it. Ohioans Against Corporate Bailouts will now have 40 days to file a brief arguing its case, after which the court will schedule oral arguments from each side and issue its opinion.

It’s unclear what the court’s opinion will be. Three justices – Pat DeWine, Pat Fischer, and Judith French – have recused themselves from the case, meaning three state appeals court judges will be temporarily seated in their place."