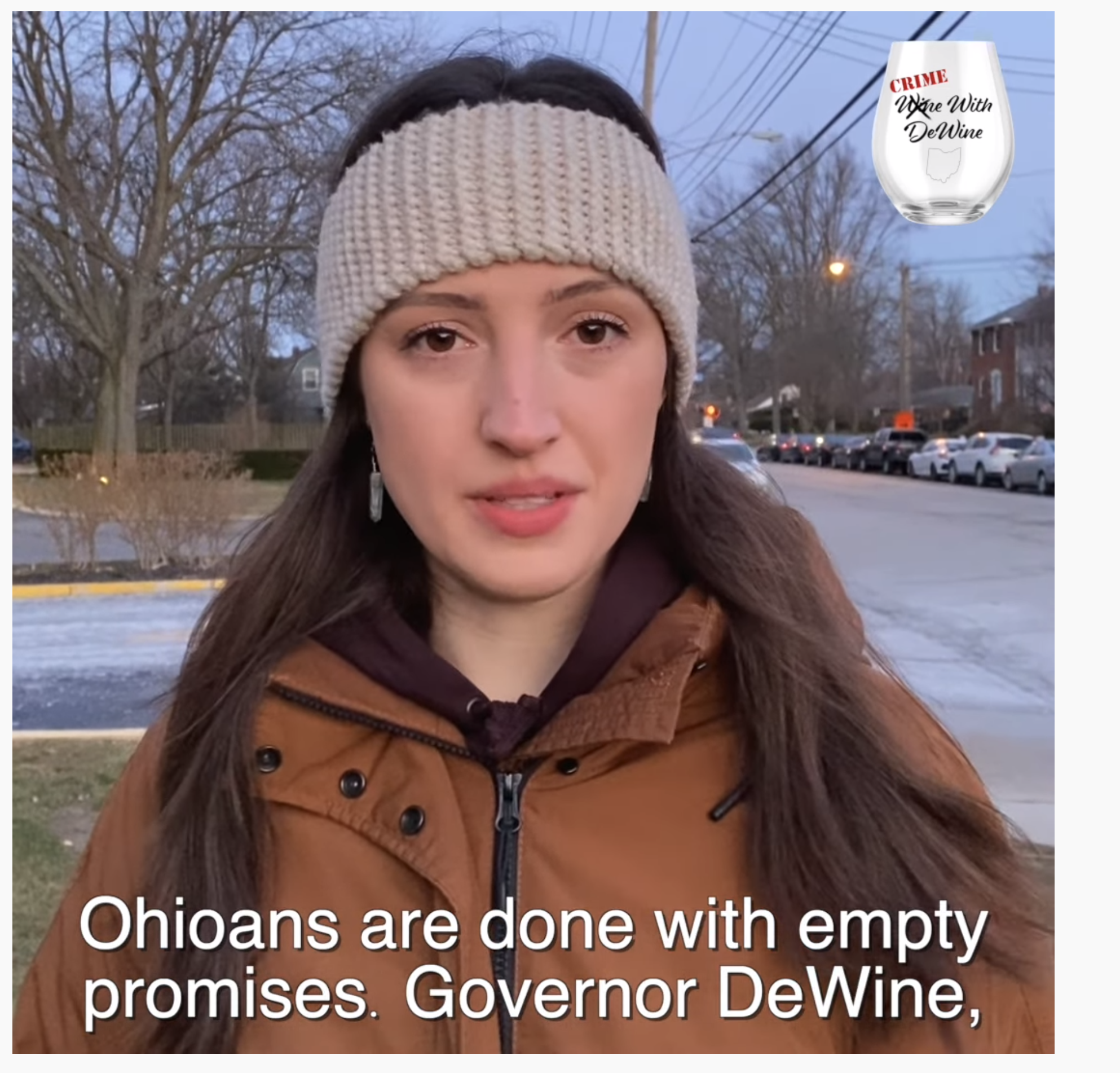 Our Crime with DeWine campaign released another video today. Ohioans like you are demanding more from Governor DeWine and Lt. Governor Husted when it comes to restoring real power to Ohioans and reducing long-time utility influence over politics and policies.

We need everyone to ask Governor Mike DeWine how he plans to clean up the $60 million FirstEnergy corruption scandal that have plagued his administration.

Can we count on you to send the Governor a message?

(thanks to the hundreds of you who already did so)

The video release is accompanied by a digital billboard ad on display at the corner of State Street and High Street by the Riffe Center in downtown Columbus asking for Governor DeWine and Lt. Gov. Husted to say no to campaign contributions from all regulated electric utilities. 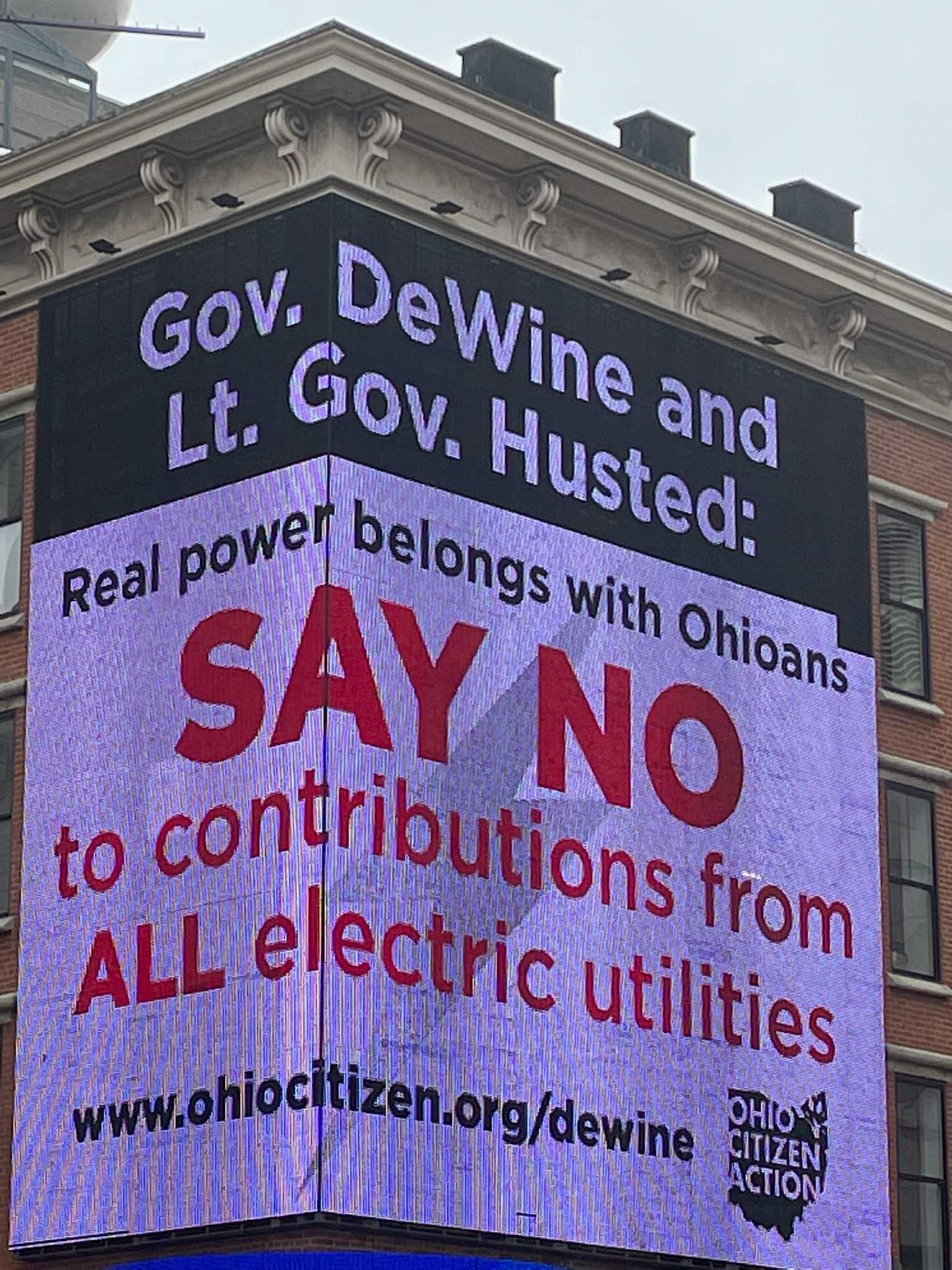 Don't forget to tune in tomorrow at noon for Governor DeWine's first State of the State address since 2019. We'll be watching too.

Every day, new details reveal how dark money spending reaches right into the heart of Ohio governance and regulation 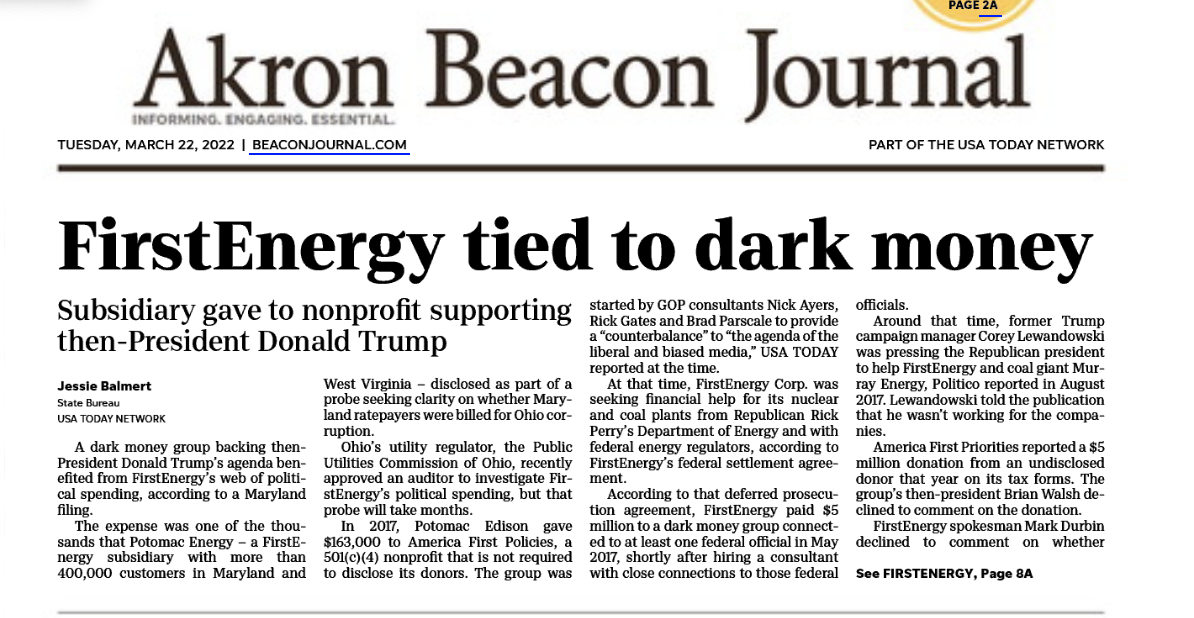 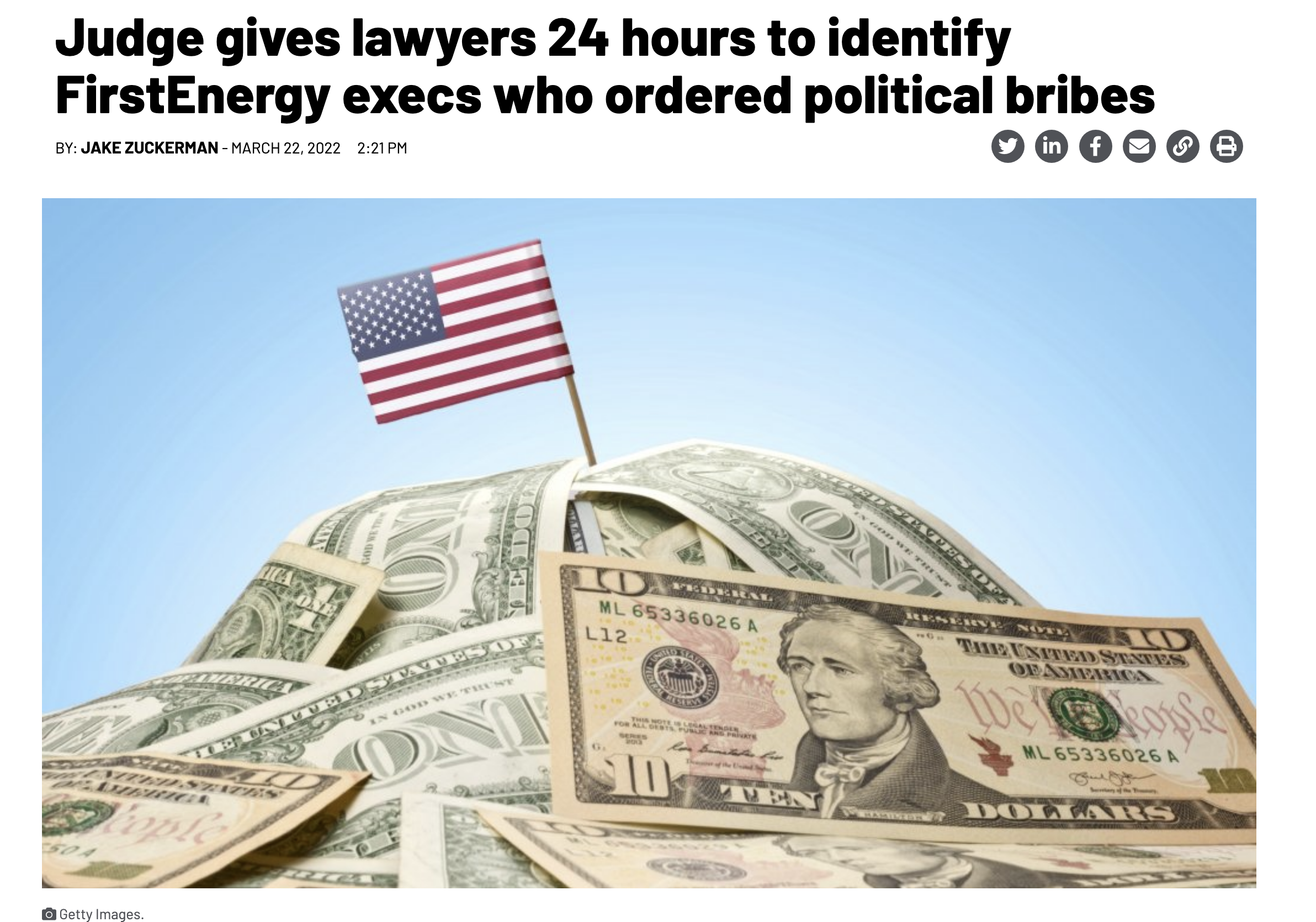