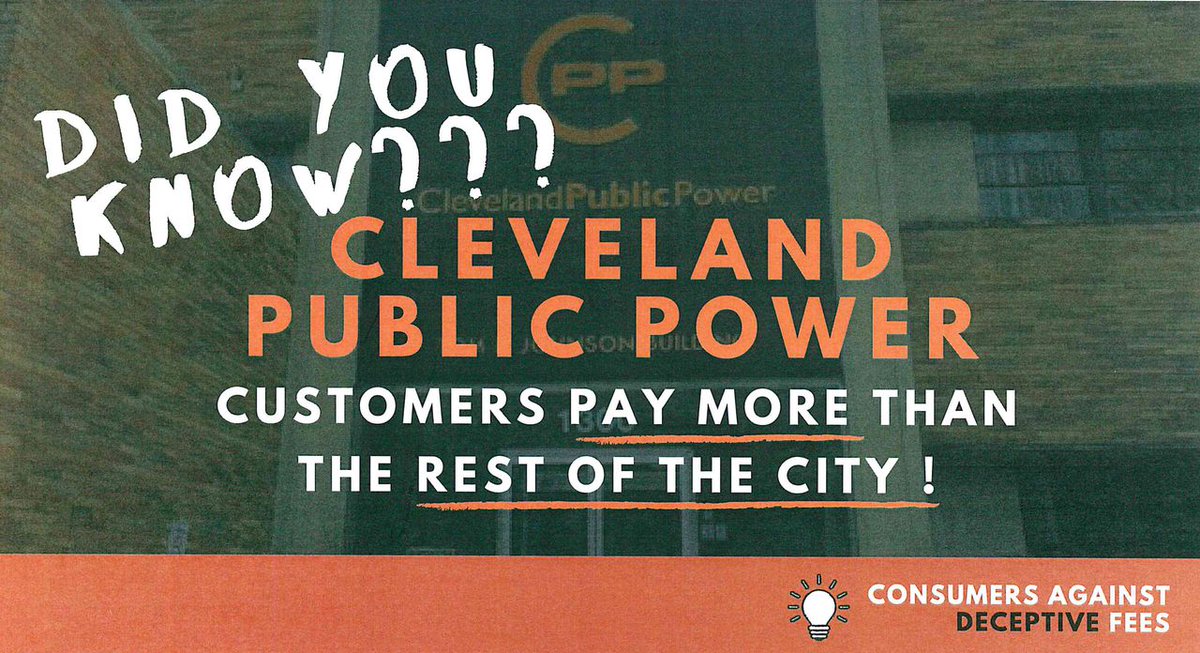 CLEVELAND -- "At the bottom of each [flier] was the name of the group criticizing the city-owned utility, a nonprofit called Consumers Against Deceptive Fees. This month, city officials discussed the fliers and mailings and those behind the nonprofit during a hearing of Cleveland City Council’s Finance Committee. They stressed that the goal of the leaflets was clear: to erode the confidence of residents in CPP.

Today, Consumers Against Deceptive Fees, its fliers and the push to help CPP customers are gone. The only reminder of the nonprofit is its link to the largest bribery scandal in Ohio history, the tainted passage of House Bill 6.

Records obtained last month show that $200,000 from FirstEnergy flowed to Consumers Against Deceptive Fees in 2019 through another nonprofit that acted as a pass-through, Partners for Progress. The latter group was mentioned in an FBI affidavit filed in July that detailed a $60-million bribery scheme to pass a $1 billion legislative bailout of two nuclear plants once owned by a FirstEnergy subsidiary."