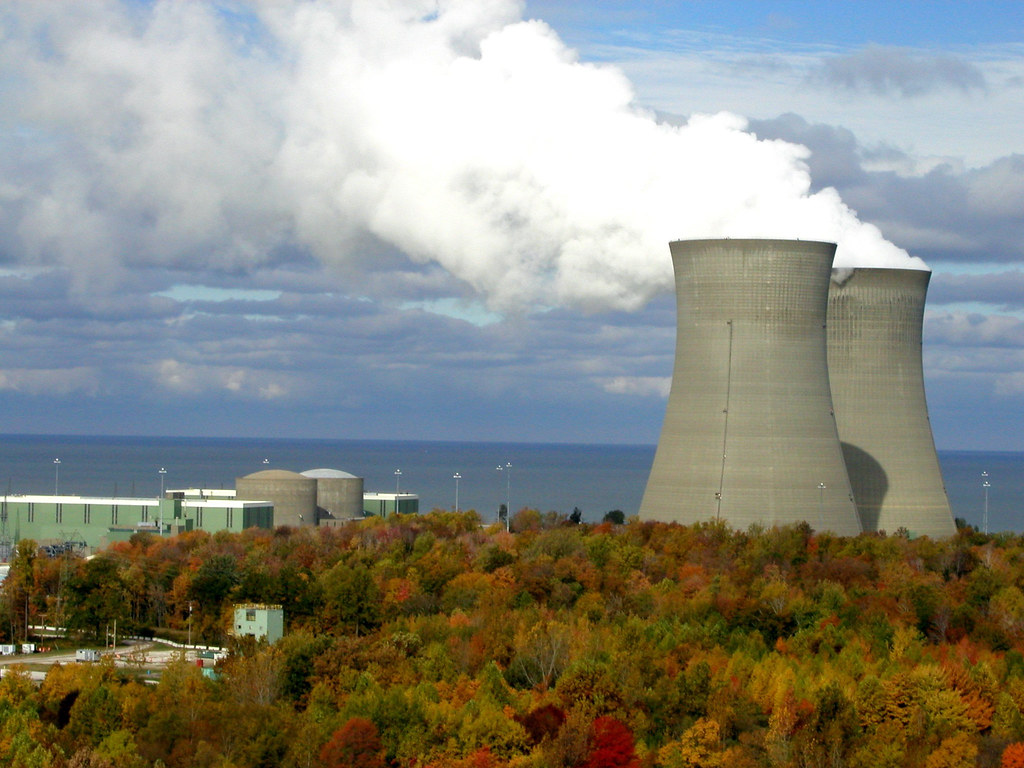 "Perry Nuclear Power Plant, Unit 1" by NRCgov is licensed under CC BY-NC-ND 2.0
COLUMBUS — "A Richland County lawmaker on Tuesday argued that the General Assembly should pass his bill to outright repeal consumer surcharges to bail out two struggling nuclear power plants instead of embracing a temporary delay 'kicking the can down the road.'

'Are these charges needed to simply keep the lights on? Absolutely not...' Rep. Mark Romanchuk (R., Ontario) said during a tele-town hall hosted by AARP Ohio, an opponent of the bailout law, House Bill 6.

'The fact is these plants are no longer needed,' he said. 'They're very old. They've run their useful life, and this is simply money that is being charged on people's electric bills to benefit the owners of these plants.'"