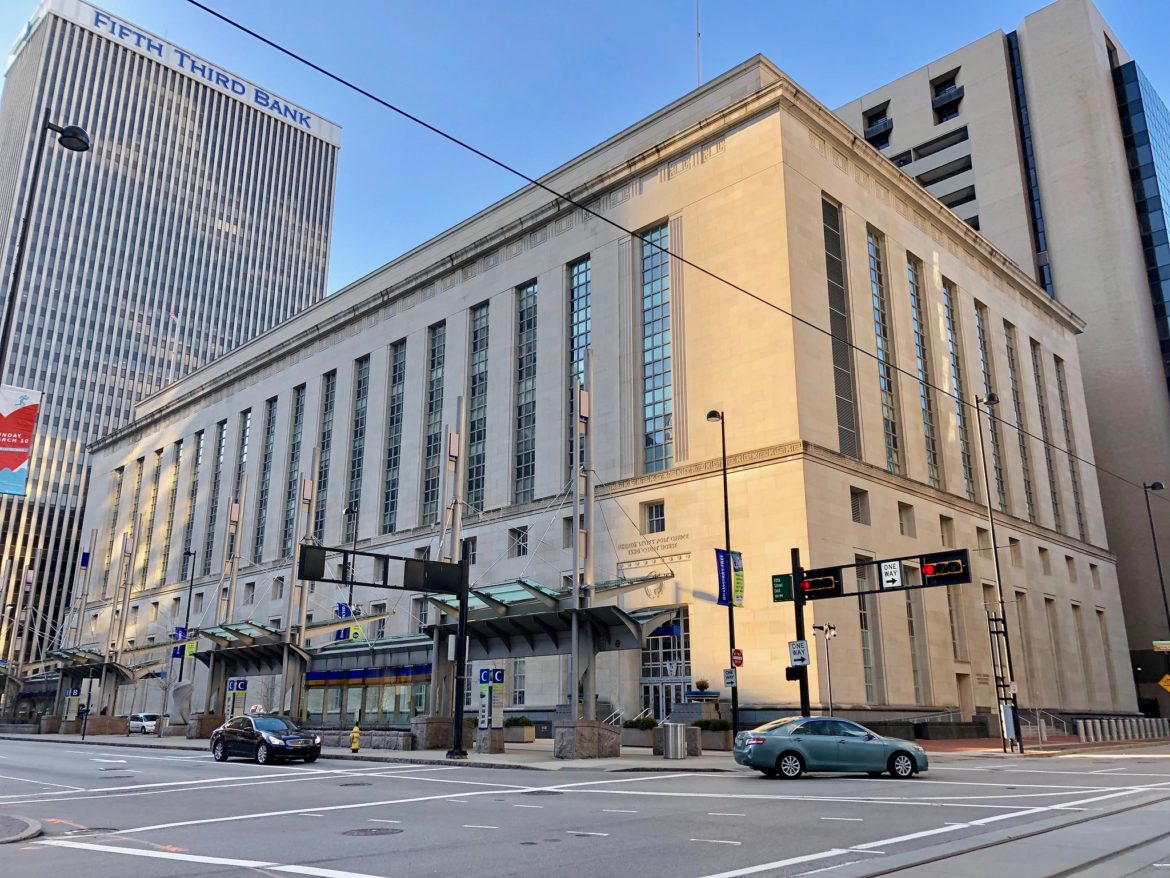 The Potter Stewart U.S. Courthouse, home to the U.S. Court of Appeals for the 6th Circuit, in Cincinnati, Ohio.

"The Environmental Law & Policy Center, Environmental Defense Fund, Ohio Citizen Action, and the Ohio Environmental Council want the judge to consider suspending execution of the reorganization plan that was confirmed earlier this year. The groups also hope the bankruptcy court will consider if it should revise that confirmation order and conduct additional hearings. The groups filed the motion on Oct. 5.

'We’re asking the 6th Circuit to deal with these truly extraordinary circumstances,' in which federal and state corruption charges relate directly to assets involved in the bankruptcy case, said Howard Learner, executive director at the Environmental Law & Policy Center. Among other things, Ohio House Bill 6 authorizes roughly $1 billion in subsidies over the next six years for two nuclear plants owned by Energy Harbor, formerly known as FirstEnergy Solutions.

The federal and state cases allege that an unlawful conspiracy used dark money organizations to hide the source of spending from FirstEnergy (known as “Company A” in some documents), its current and former affiliates, and others in order to secure passage of HB 6 and to prevent a referendum on the law.

'The remedy that we’re asking in the 6th Circuit complements what the Ohio attorney general has already asked for it its lawsuit,' Learner said. As he sees it, that case effectively asks the state court to 'rescramble the eggs' and undo the reorganization."