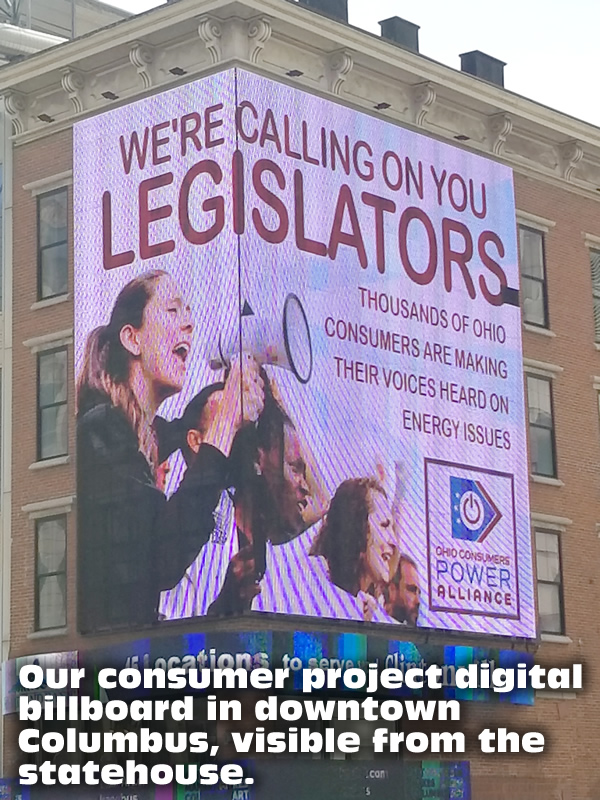 After a campaign that cost an estimated $100 million from start to finish, FirstEnergy received yet another bailout from the Ohio legislature. Governor Mike DeWine signed House Bill 6 (HB 6) into law on July 23, 2019, approving bailouts for the Davis-Besse and Perry nuclear plants, which are owned by FirstEnergy's former subsidiary FirstEnergy Solutions (FES), and were previously scheduled to close in 2020 and 2021, respectively, after FES announced its bankruptcy. The final version of the bill extends the bailout to two old and dirty coal plants—Kyger Creek in southern Ohio and Clifty Creek in Indiana.

Since the passage of HB 6, we've been holding our legislators accountable for their votes. Write your legislators letters, send them emails, call them, or tweet at them to either thank them for their NO vote on HB 6 or to remind them that you’ll remember their YES vote on HB 6 when they're up for reelection.

You can see how your state legislator voted and if they’re running for office in 2020 here.

“FirstEnergy has made one costly error in judgment after another”

An article from the Institute for Energy Economics and Financial Analysis stated:

“FirstEnergy has made one costly error in judgment after another over the past couple of decades. It covered up a near nuclear disaster at the Davis-Besse plant in 2002, for instance, ultimately costing hundreds of millions in repairs and replacement power. It made an ill-timed purchase of the coal-heavy Allegheny Energy in 2011. It sold natural gas and hydropower plants at a time when they were economically competitive. And it has failed to invest in wind and solar while leading the charge to weaken Ohio’s already-anemic renewable energy portfolio.

As a result, both the company and its subsidiary FirstEnergy Solutions—which owns the nuclear plants in question—sank into deep financial trouble, and FirstEnergy Solutions declared bankruptcy in April 2018. The company said it would close its two nuclear plants, Perry and Davis-Besse, and its remaining coal plant, W.H. Sammis, if it didn’t get a bailout from ratepayers or taxpayers.”

This most recent push for a government-mandated bailout arrived as FirstEnergy finally began to formally separate itself from FES after the company’s recent bankruptcy. FES’ coal and nuclear plants are no longer able to compete with cheap natural gas and the increasingly competitive price of renewable energy. This bailout request also came just as Gov. DeWine took office. FirstEnergy ranks as the top campaign contributor in each of Gov. DeWine’s last three elections (for governor and attorney general), not including the Governor's own contributions and those of the Republican party.

This isn’t the first time FirstEnergy has asked consumers to bail them out, and it certainly won’t be the last. In the past 20 years, FirstEnergy has received $11 billion from bailouts. And this time, it’s not only FirstEnergy customers whose rates are increasing. HB 6 will cost consumers across Ohio over $200 million in new fees alone.

Unlike our previous standards, HB 6 does not require that utilities maintain that their use of renewable energy beyond 2026. Energy efficiency standards are also gutted. Originally, utilities were required to reduce their customers’ energy usage 22% from 2008 levels, an amount that was expected to save ratepayers $4 billion over the next 10 years. Now, once utilities reach a 17.5% reduction in their customers’ energy use from 2008 levels, they are no longer required to continue reducing energy consumption. Most utilities have already reached this benchmark.

Ohio consumers shouldn’t have to pay extra to bail out uncompetitive and aging plants, especially since these plants aren’t necessary to meet Ohio’s energy needs

The CEO of the PJM Interconnection, which operates the power grid in Ohio, told Bloomberg Television that 18,000 MW of coal and nuclear plants are slated to close this year, but the grid could handle 30,000 MW of closures without inconveniencing customers. A 2018 analysis from PJM ruled that all of FirstEnergy Solutions nuclear plants that were scheduled for closure could be shuttered without affecting our grid reliability.

HB 6 was sent to Gov. DeWine’s desk after passing the Ohio House of Representatives by one vote, and a statewide referendum to overturn HB 6 quickly followed. The effort was headed by Ohioans Against Corporate Bailouts, who needed to collect almost 266,000 signatures within 90 days of when HB 6 was signed into law.

The blowback from opposition to the referendum was unprecedented, as xenophobic and fearmongering TV and radio ads flooded the airwaves. By Oct. 21, 90 days after Gov. DeWine signed HB 6 into law, a group opposing the referendum, Ohioans For Energy Security (which reporting has shown has ties to FirstEnergy Solutions), had spent over $16.56 million on TV and radio ads alone. 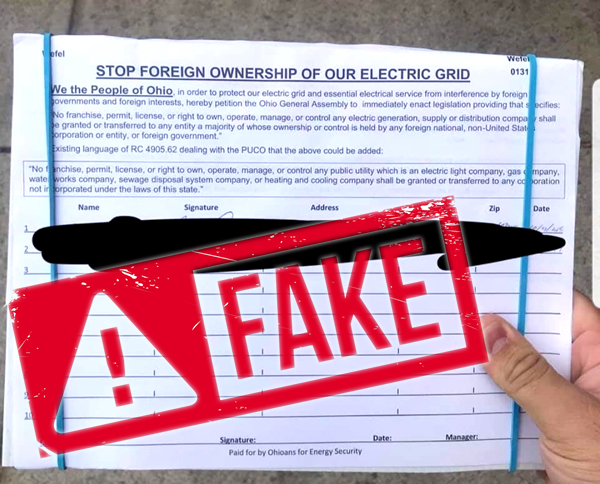 Ohioans For Energy Security also started their own, non-binding petition to confuse would-be referendum signers. Their petition was supposedly designed to keep “foreign interests” out of Ohio, as they claimed that a Chinese investment bank’s decision to invest in a natural gas plant in Ohio was proof that the Chinese government was controlling Ohio’s energy grid. The same Chinese bank invested in FES’ nuclear plants, which Ohioans For Energy Security was working to keep open. 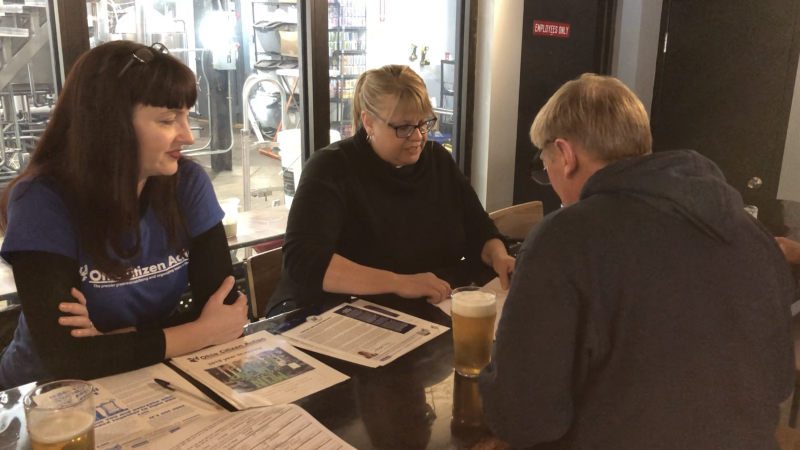 Ohio Citizen Action did not participate in petition circulation initially, at Ohioans Against Corporate Bailouts' request. In the final month of petitioning, we did hold "open house" events at our offices in both Cleveland and Cincinnati and other similar events at locally-owned businesses around the state where petitioners could connect with our members and supporters. For the final week of the petitioning, we were officially brought on board by Ohioans Against Corporate Bailouts and engaged staff and volunteers to circulate petitions in a final valiant effort.

Ohioans Against Corporate Bailouts was ultimately unable to get the nearly 266,000 signatures required in 90 days. A lawsuit claiming that the referendum effort should receive an extension in order to actually receive the full 90 days (the case notes that the campaign lost 38 days due to back and forth with the Secretary of State’s office over petition summary language) was awaiting a decision until Jan. 22, 2020. At that time, it was reported that Ohioans Against Corporate Bailouts withdrew the case. The group's spokesperson, Gene Pierce, told The Columbus Dispatch. "We decided we did not have the resources to continue the fight.

To read the HB 6 in its final version, visit the Ohio Legislature’s website’s page about the bill here.