Have You Googled It?

Have you Googled it?

Did you see the John Oliver piece putting Ohio smack in the middle of a not-so-flattering spotlight of utility corruption?

Please take 2 minutes to watch our latest Crime with DeWine video (above) that features a clip from that from Last Week Tonight segment and the results we got when we took Oliver’s advice and Googled our utility company alongside the word "scandal."

The Energy News Network just reported that a text message from a former utility regulator chair to a FirstEnergy executive indicates he knew a rate increase he voted to allow was illegal, but that the utility would be allowed to keep the $460 million it had already collected.

If nothing else, the House Bill 6 scandal has revealed exactly how much utilities influence the regulators that are supposed to be managing them.

Take this absolutely stunning text exchange between former PUCO chair Asim Haque and FirstEnergy VP Michael Dowling -- Haque says that he gave FirstEnergy so much that they should put his picture up in their Akron HQ: 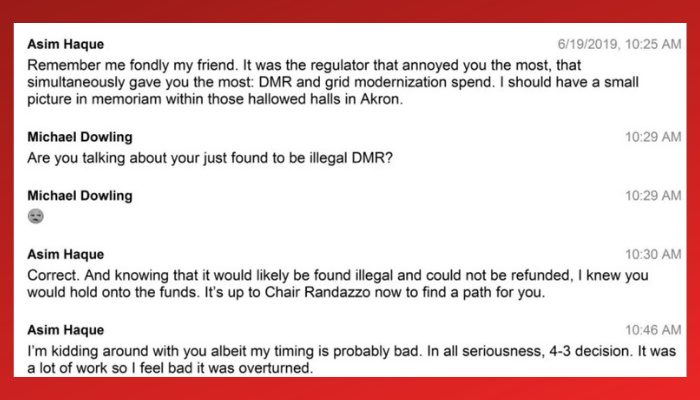 FirstEnergy gets back in the political giving game 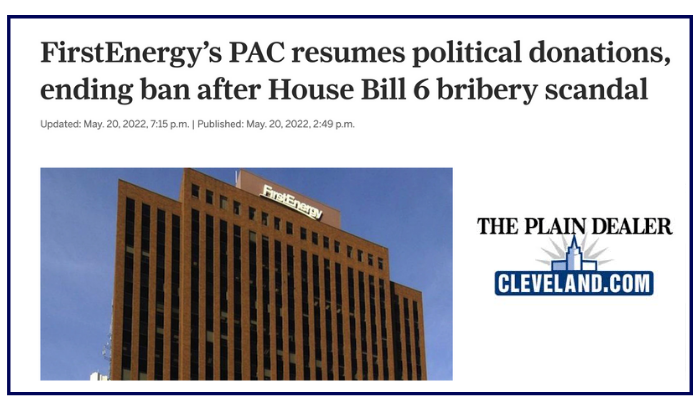 Just in time for the upcoming elections, FirstEnergy’s political action committee has lifted its ban on making campaign contributions for the first time since the House Bill 6 bribery scandal.

While FirstEnergy’s PAC had paused political spending for the past 19 months, it continued to raise money, having more than $1.8 million in its bank account. 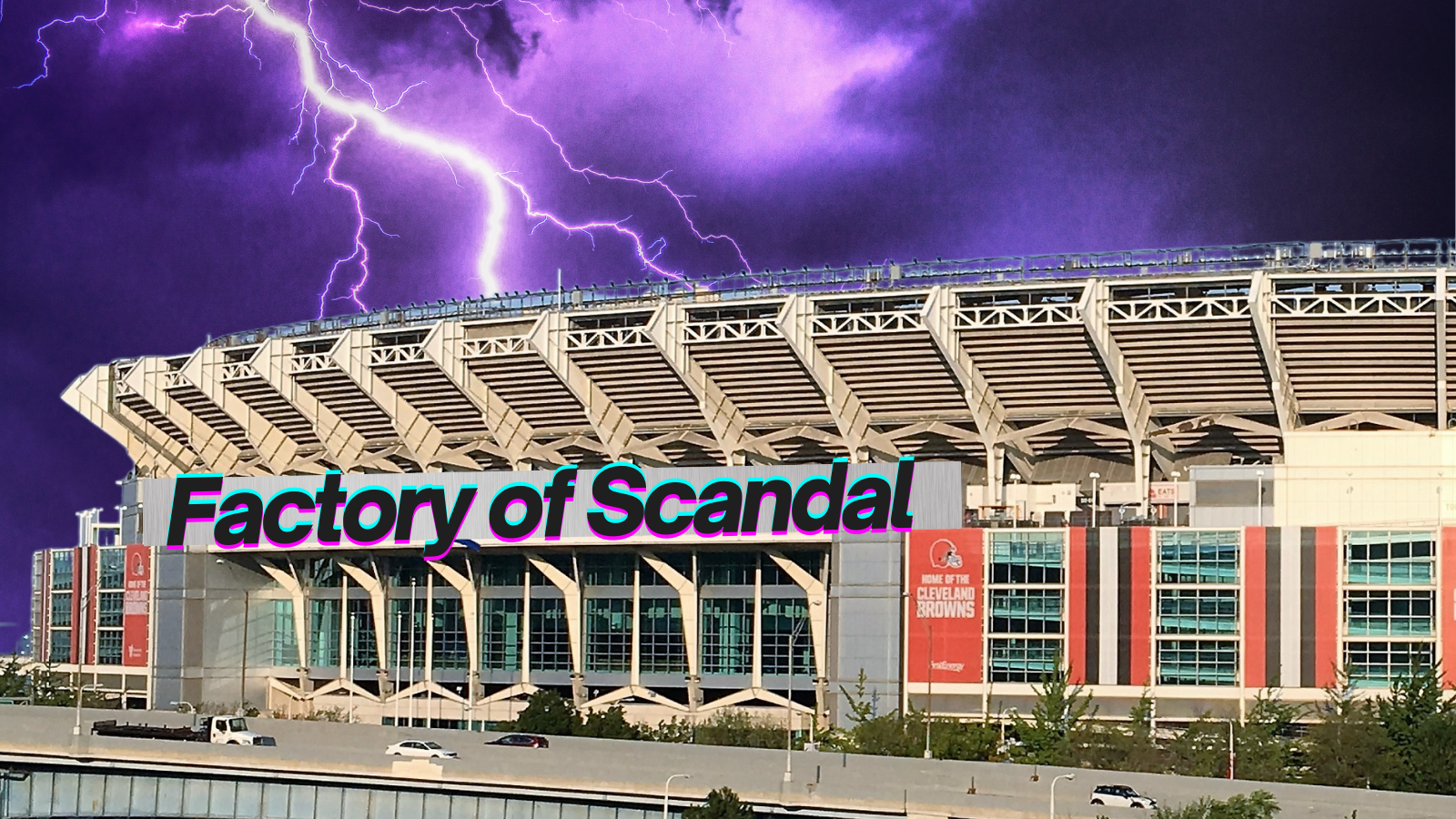 Ward 16 Councilman Brian Kazy's resolution calls on the FirstEnergy name to be stripped from Cleveland Browns stadium for the utility's “failure to fully acknowledge its criminal behavior and unintentionally implies community support for a criminal enterprise.”

Kazy’s legislation cites the public money that has subsidized the stadium and the company; the ongoing FirstEnergy bribery scandal around House Bill 6; and accusations that FirstEnergy tried to undermine Cleveland Public Power.