Watch our latest video that features excerpts from letters from Ohioans who are speaking out about the missed opportunities and lack of leadership shown by Governor DeWine and Lt. Governor Husted since the House Bill 6 scandal broke.

We are so grateful and inspired by the hundreds of letters - 845 so far - written to Governor Mike DeWine over our Crime with DeWine website. This entire campaign is a demonstration of how powerful our voices can be when we all speak together.

FirstEnergy might have bought its way out of a criminal conviction, but upcoming depositions in a shareholder lawsuit could reveal more in the House Bill 6 bribery scheme: 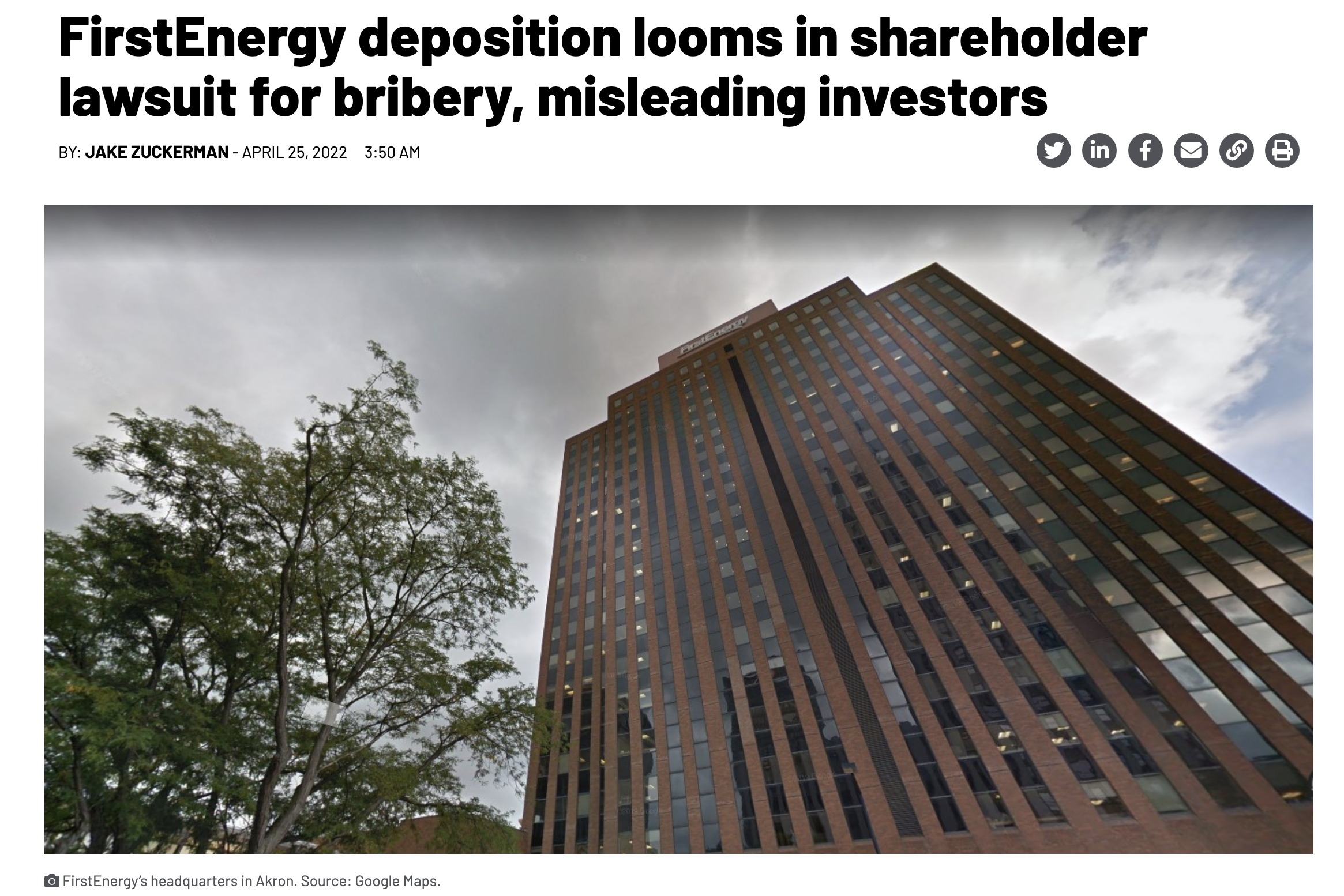 Lawyers of FirstEnergy’s former lobbyist Mike Dowling are set to depose a current representative from FirstEnergy on May 19 and 20. Dowling named individuals in the DeWine administration in related civil lawsuits - specifically Lt. Governor Jon Husted.

The Ohio Consumers’ Counsel is arguing that FirstEnergy should pay nearly $1.5 billion for mis-using a 'grid-modernization' fee the utility collected from ratepayers. 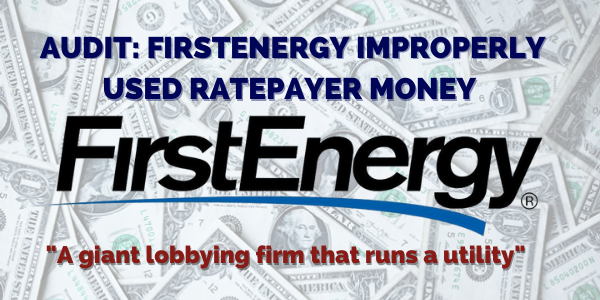 A recent PUCO-commissioned audit found no evidence that FirstEnergy used $456 million collected from Ohioans between 2017 and 2019 directly or indirectly in support of modernizing the electric grid as promised.

The audit noted that FirstEnergy staff, when interviewed, had a “general lack of knowledge on the specifics” of the fee, and neither the PUCO nor FirstEnergy even had a clear definition of what “grid modernization” meant.

Public scrutiny is the only solution to clean up corruption and increase  transparency and accountability.