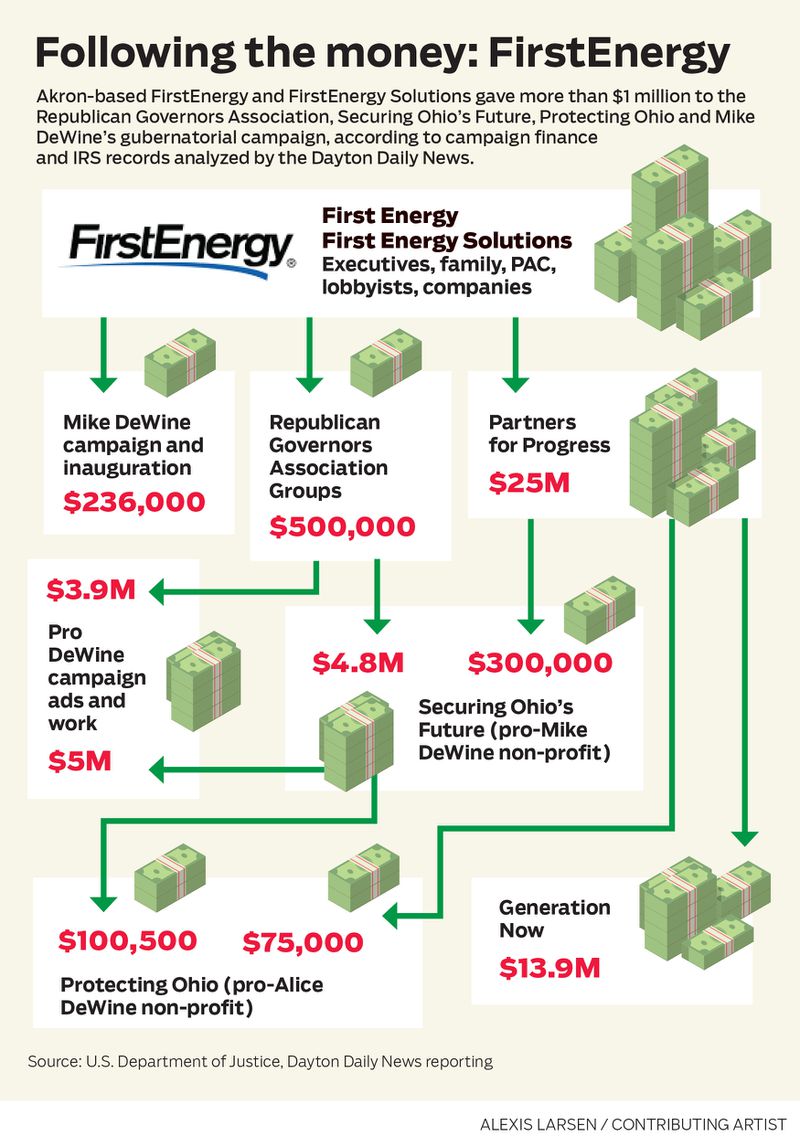 COLUMBUS –– "Akron-based FirstEnergy and FirstEnergy Solutions donated more than $1 million to nonprofit groups and political campaigns since 2017 to help elect Gov. Mike DeWine, according to a Dayton Daily News investigation.

... The U.S. Supreme Court has ruled that the kind of giving found in the records is a form of free speech and legal as long as the nonprofits are independent and don’t coordinate work with political candidates. However government watchdog groups say the lack of transparency in huge political contributions like this makes it much harder for voters to know whether their public officials are acting for the benefit of donors or constituents."