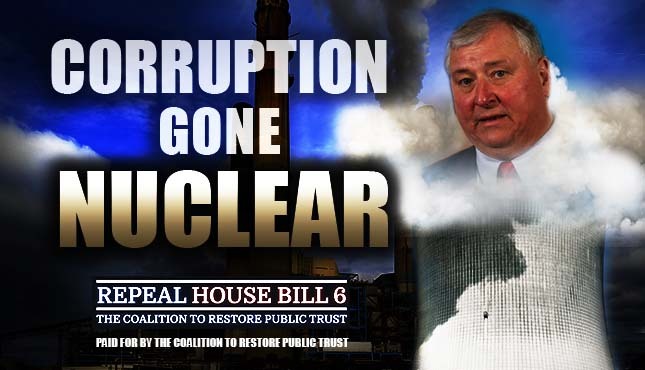 COLUMBUS — "State lawmakers are looking at whether to keep in place a $1.3 billion public bailout for the Davis-Besse and Perry nuclear power plants along Lake Erie, a law that federal authorities say was corruptly enacted.

But throughout the debate, there’s still a glaring problem: the owner of the nuclear plants refuses to disclose whether they are profitable or not. And so far, there’s been no attempt by state lawmakers to compel the company to release its numbers before the bailout takes effect.

During last year’s debate over whether to pass the bailout as part of House Bill 6, Energy Harbor – then known as FirstEnergy Solutions – asserted it needed public subsidies or it would close the plants. But the company wouldn’t open its books to lawmakers or the public to prove that it actually needed the money, leading legislators to rely on estimates, industry averages and company officials' word."