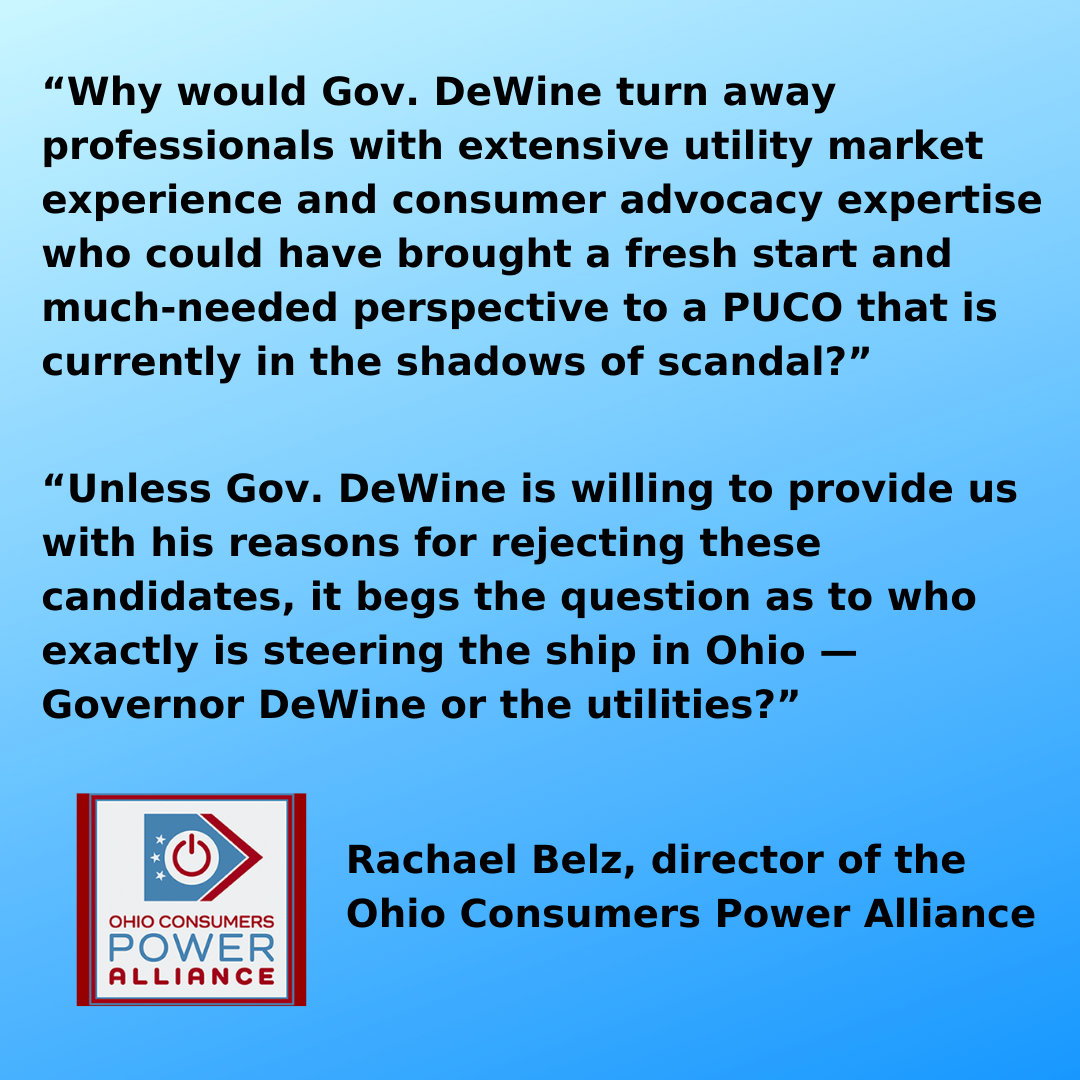 Four names were submitted to DeWine in December by the council as potential replacements for former PUCO Chair Sam Randazzo, who resigned Nov. 20.

Randazzo stepped down days after an FBI search of his Columbus townhome and a revelation by Akron-based FirstEnergy Corp., the utility at the center of the bribery scandal, that it had paid the firm of a state official meeting Randazzo’s description $4 million in early 2019 to terminate a long-term consulting relationship.

'Why would Gov. DeWine turn away professionals with extensive utility market experience and consumer advocacy expertise who could have brought a fresh start and much-needed perspective to a PUCO that is currently in the shadows of scandal?' asked Rachael Belz, director of the Ohio Consumers Power Alliance, in a statement.

'Unless Gov. DeWine is willing to provide us with his reasons for rejecting these candidates,' she added, 'it begs the question as to who exactly is steering the ship in Ohio — Gov. DeWine or the utilities?'"