Dark money groups involved in the battle over HB6

Who was behind all of the ads about HB6?

The battle over Ohio House Bill 6 attracted various dark money groups with the ability to spend millions of dollars, and it can be hard to keep track of all the different players. To help keep it all straight, here’s a guide to the dark money groups involved in the campaign and subsequent referendum effort around HB 6.

After HB 6 passed the Ohio legislature and was signed into law by Governor Mike DeWine, Ohioans Against Corporate Bailouts headed the effort to put HB 6 on the ballot in November 2020, with the goal of repealing the bill. Although the group has not yet disclosed its donors, it maintains that it is backed by the same businesses and environmental groups that opposed HB 6 when it was in the legislature. Bill Siderewicz, the president of natural gas power plant developer Clean Energy Future, has said that he is one of the group’s contributors.

Ohioans Against Corporate Bailouts was ultimately unable to obtain the nearly 266,000 signatures required within 90 days of HB 6 being signed into law. However, a lawsuit claiming that the referendum effort should receive an extension is awaiting a final decision. The lawsuit notes that the campaign lost 38 of its 90 days due to back and forth with the Secretary of State’s office over petition summary language. 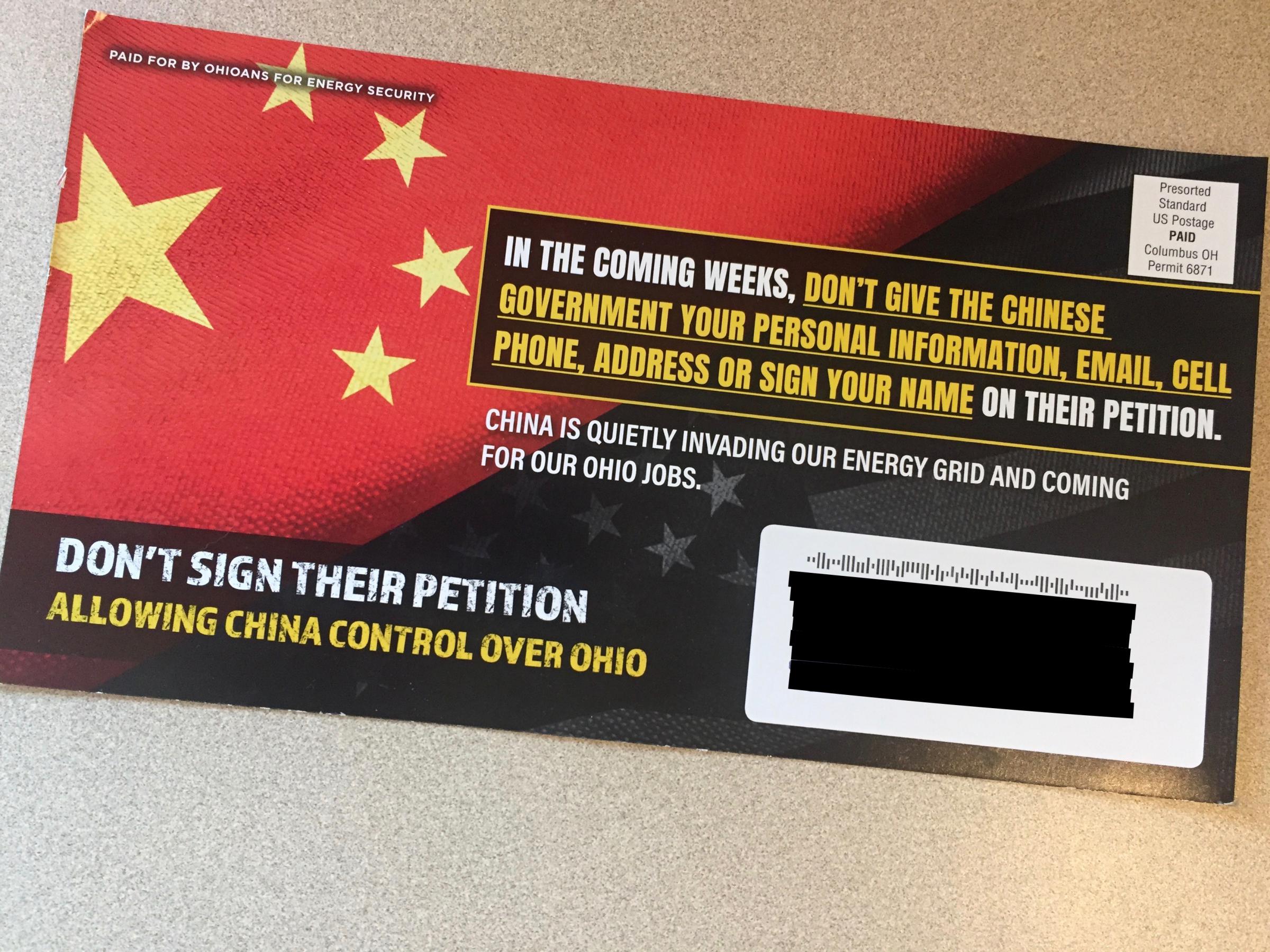 When it became clear that Ohioans Against Corporate Bailouts was going to get approval to begin gathering signatures to put HB 6 on the ballot in November 2020, Ohioans For Energy Security began spending millions on ads determined to scare people out of signing the petition. Their xenophobic and fearmongering ads featured dire warnings of the Chinese government invading and ultimately taking over our energy grid if you chose to sign the petition.

The basis for these claims was that a Chinese investment bank had invested in a natural gas plant whose owner, Bill Siderewicz, was backing the referendum effort. This same Chinese bank, however, had invested money in FirstEnergy Solutions’ nuclear plants, which Ohioans For Energy Security sought to protect.

Although Ohioans For Energy Security is not required to disclose its donors, reporting by the Energy and Policy institute shows links to FirstEnergy Solutions, including the same spokesperson as the Ohio Clean Energy Jobs Alliance, which was funded by FirstEnergy Solutions. Ohioans For Energy Security is also linked to various Ohio politicians’ campaigns, including that of Attorney General Dave Yost and Rep. Householder.

Generation Now became involved with HB 6 when the group donated $1 million to the Growth and Opportunity PAC. This PAC spent over $1 million backing Rep. Larry Householder and the election bids of representatives who would support Rep. Householder as Speaker of the House. In the last legislative session, Rep. Householder had supported a bill that would provide a nuclear bailout for FirstEnergy Solutions, but that bill went nowhere under the previous Speakers of the House, Cliff Rosenberger and Ryan Smith.

After Rep. Householder won the position of speaker and his supporters introduced HB 6, Generation Now spent $9.5 million on ads in favor of the bill. They spent additional money on fliers urging voters to call their state legislators to ask them to vote YES on HB 6.

Although Generation Now is not required to disclose its funders, reporting by the Energy and Policy Institute and the Dayton Daily News revealed ties to FirstEnergy Solutions and Ohio GOP political operatives with ties to Rep. Householder’s campaign.