House Speaker Bob Cupp and Energy Committee Chairman Jim Hoops announced that they have no more meetings planned to discuss the repeal of House Bill 6. 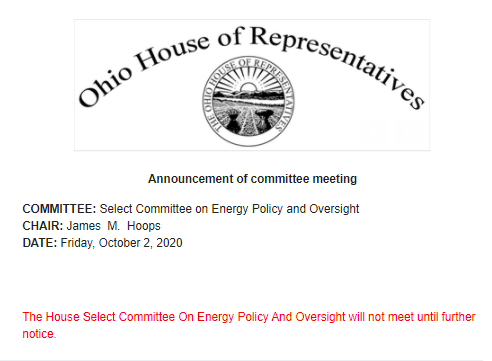 But they did have time for a fundraiser together on Tuesday:

This tone-deaf action of hosting a fundraiser rather than doing their jobs proves they are not listening to their constituents, so we decided to take action.

We parked this digital billboard in Columbus next to Germania at 543 S. Front Street for the duration of the fundraiser. 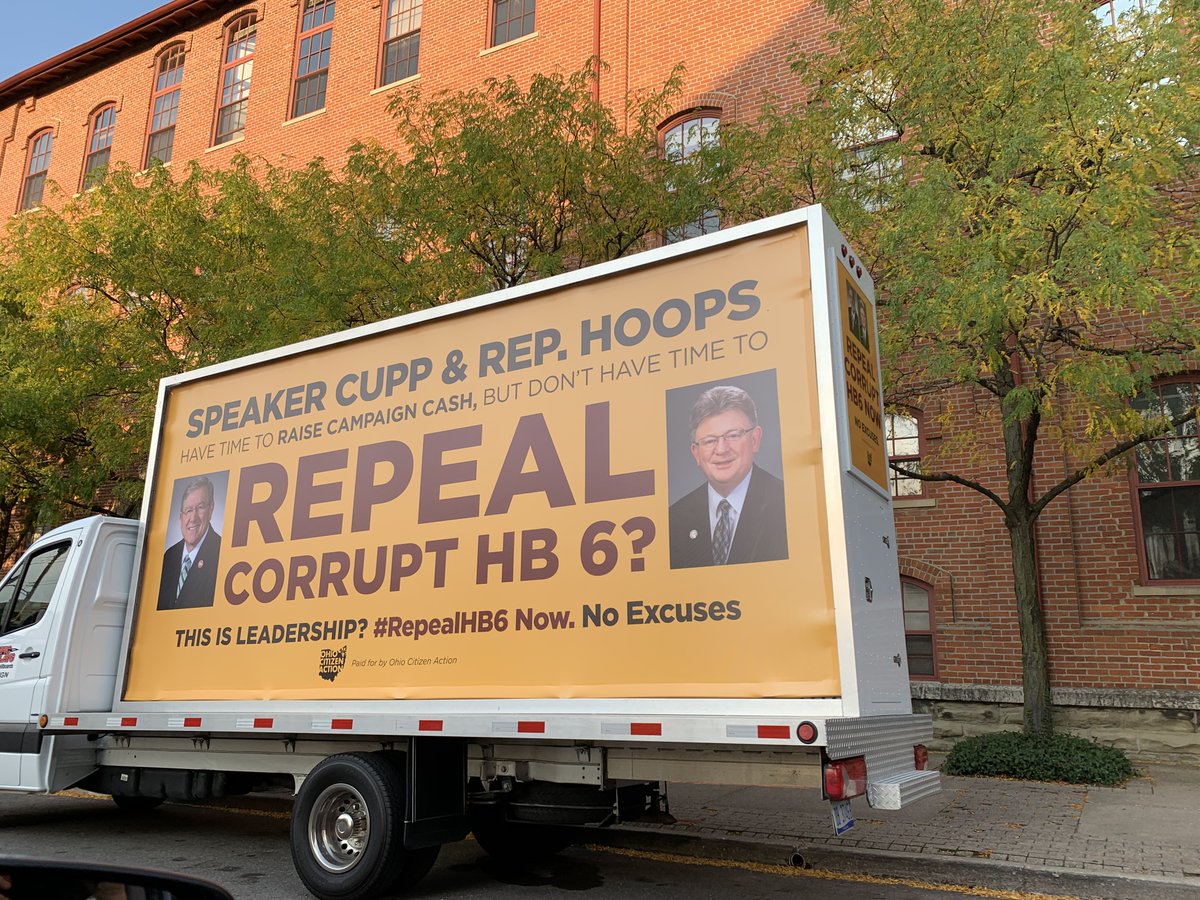 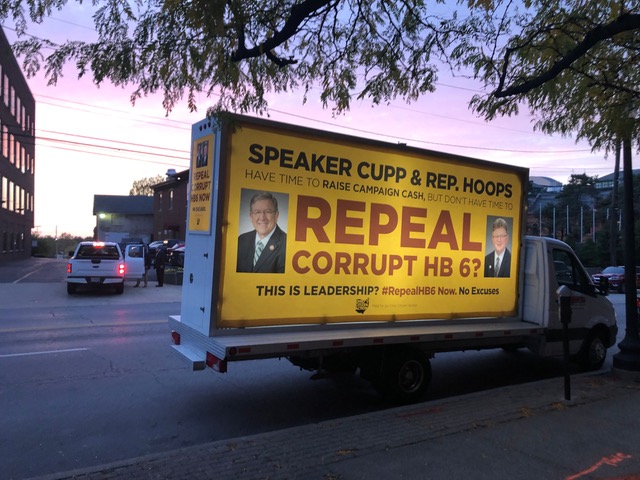 Eighty percent of Ohioans want HB 6 repealed and yet Speaker Cupp and Rep. Hoops have time to collect campaign cash, but do not have time to take action on the most corrupt piece of legislation in Ohio’s history.

It's time that we repeal HB 6 once and for all. Tell our state leaders what you think at repealhb6.com.