Coronavirus is creating a crisis of energy insecurity 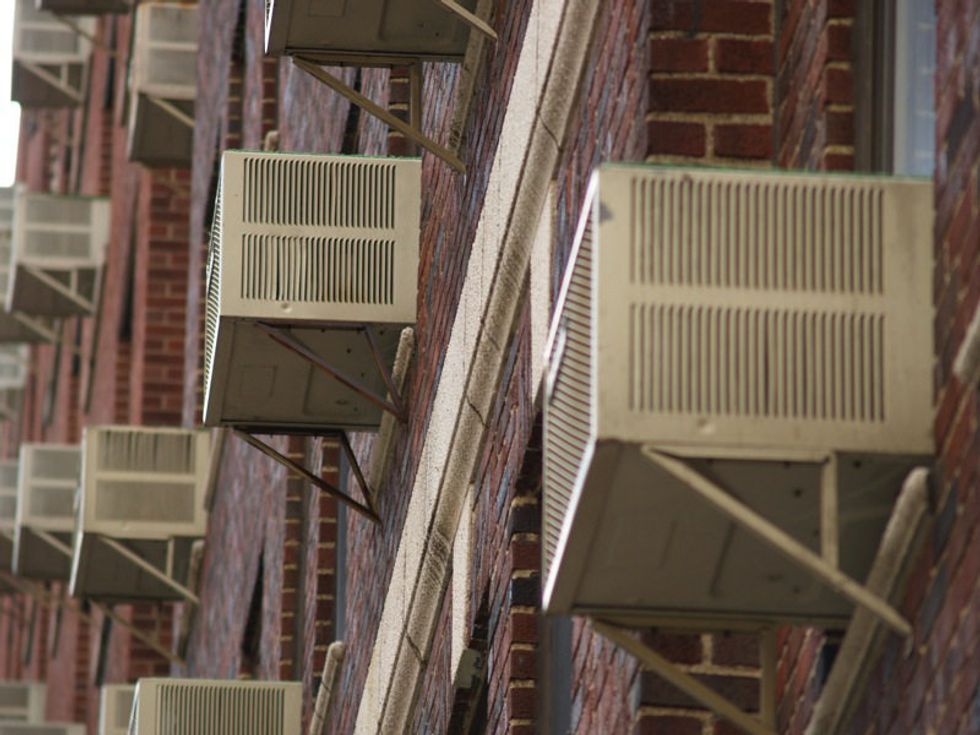 Air conditioners in Brooklyn Heights. An estimated 65,000 people visit the emergency room each year due to acute heat illnesses; however, this summer could be comparatively severe. (Credit: Bonnie Natko/flickr))

"In addition, like COVID-19 itself, energy insecurity has disproportionately worsened for vulnerable populations. African American (16 percent) and Hispanic (19 percent) households were far more likely to report difficulty paying an energy bill in the last month compared to White respondents (9 percent).

The problem is also worse for households with young children, those with disabled members, and those who rely on an electronic medical device.

Respondents who power a medical device at home were twice as likely not to be able to pay an energy bill in the past month, three times as likely to receive a notice from their utility provider that their energy is in jeopardy of being disconnected, and more than four times as likely to have their service shut off.

These heightened levels of energy insecurity could spur a health crisis in low-income households by exposing at-risk populations to the summer heat while simultaneously hindering their ability to seek or afford medical care. While some policies have been implemented, the situation remains dire as several of these measures are temporary; however, there is a path forward for policymakers to protect vulnerable families by suspending all utility disconnections, forgiving late payment fees, and increasing funds for energy bill assistance throughout the hot summer months."