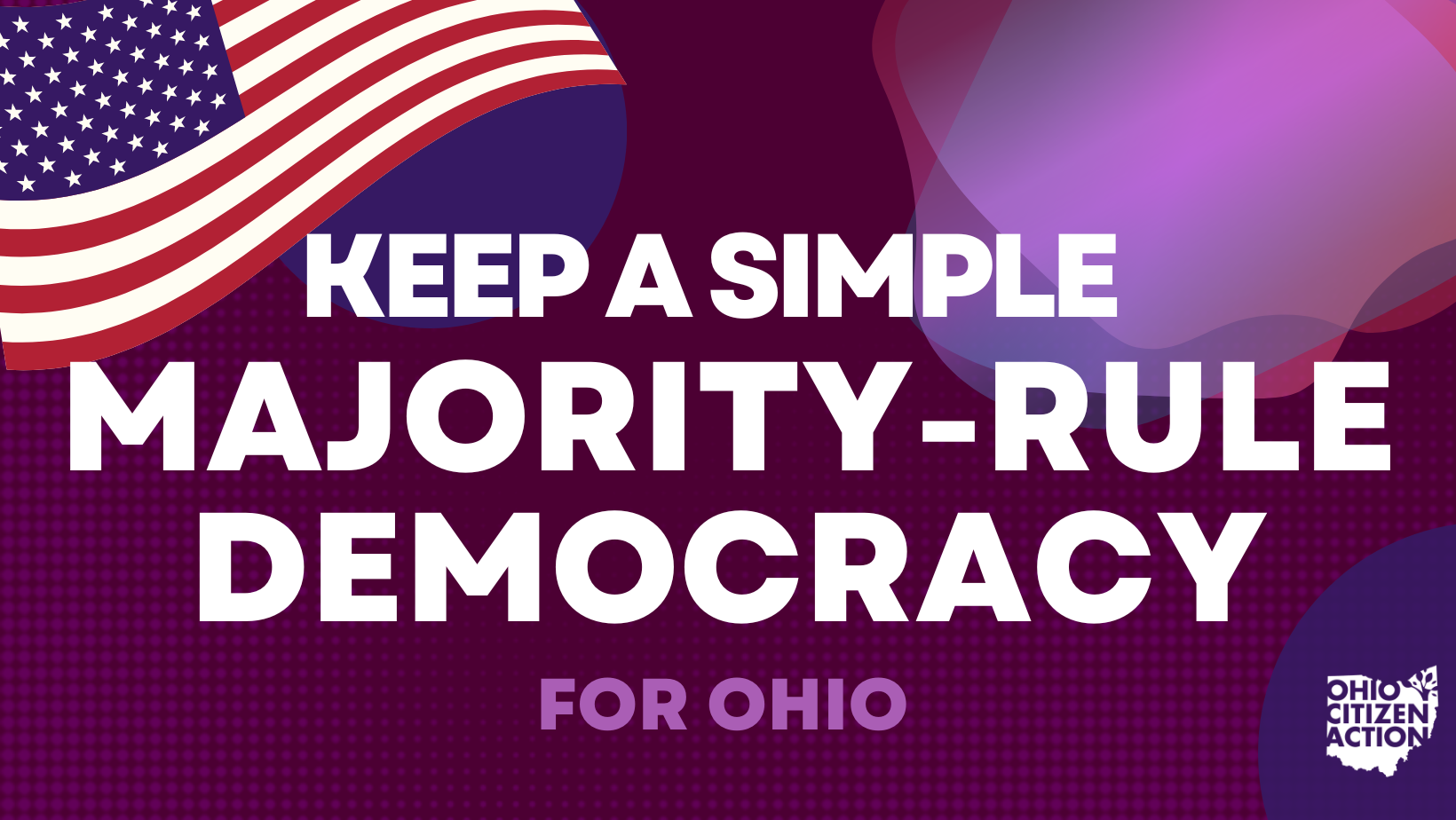 Because of citizen pressure, Ohio lawmakers shelved HJR6 − a lame-duck proposal that aimed to make it harder to amend the Ohio Constitution. GOP Rep. Brian Stewart pushed lawmakers to ask voters whether the state should increase the ballot threshold for amending the constitution from a simple majority to 60%.

Our state legislature would be effectively asking us to vote to reduce our own power!

It is likely to resurface again in the next legislative session. Rep. Stewart appears poised to bring it back again in 2023. If it makes the May ballot, it could set a new standard to pass citizen-led Constitutional Amendments on the ballot from a simple majority (50% plus one), to a super majority (60%). To ensure Ohioans maintain their current rights to direct democracy, we are urging our state representatives and senators to VOTE NO.

Please visit our action page to write your legislators today!

Why is this happening now?

We see no justifiable reason, after over 100 years, to suddenly make this already challenging process even harder. Since 1912, Ohioans from across the political spectrum have utilized the right to amend our Constitution via the petition process. We are proud to live in a state that gives voters the right to direct democracy and the ability to have a real say in politics.

With historic supermajorities in both chambers and unconstitutionally gerrymandered districts, there should be all kinds of questions around proposals to make access to direct democracy more difficult. That should never be the goal of an elected official. It is not the job description, nor the responsibility of the Secretary of State to invent policy initiatives that will impact Constitutional law and the right of Ohioans to amend their constitution for generations to come. 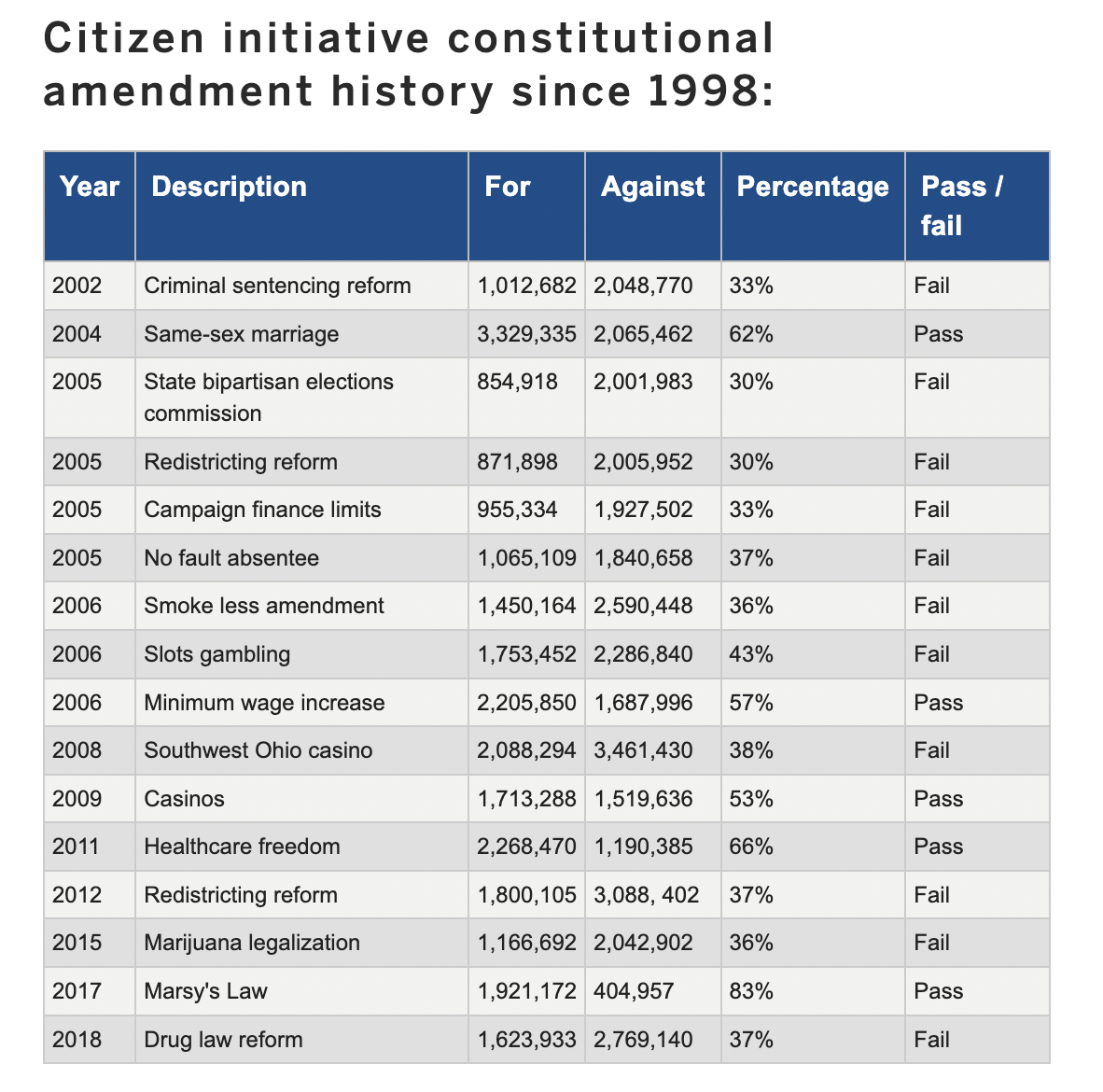 This is an attempt to make direct democracy more difficult

Ohioans have the power of direct democracy in three ways: through citizen-led constitutional amendments, initiated statutes, and referendums. Only Ohioans and citizens in 14 other states possess these tools to check the power of state government. As lawmakers fall more out-of-step with the will of everyday voters, tools like this become more precious and their defense more important.

The amendment actually asks voters to approve - by a simple majority- a rule to require a supermajority of all future ballot initiatives.