For the past three months, thousands of you have been telling the DeWine administration to reject regulated electric utility campaign contributions and spearhead real, concrete reforms at the Public Utilities Commission of Ohio. Thank you.

We have been saying that "enough is enough."

The Governor, however, is saying nothing.

Ohio Citizen Action CEO, Rachael Belz, issued the next video in the Crime with DeWine campaign series, demanding a response from the DeWine Administration:

“Today, on behalf of thousands of Ohioans who are supporting these efforts, I am calling directly on Governor DeWine and Lt. Gov. Husted to give us an answer once and for all,” said Ohio Citizen Action CEO Rachael Belz. “Will you pledge to reject ALL regulated electric utility contributions and stop letting utilities dictate energy policy in this state?”

"We aren’t going away, Governor DeWine. And neither is the stink of corruption around the Ohio Statehouse. This is your chance. We will be waiting for your answer."

The Crime with DeWine effort is not tied to any election-related activities or a partisan campaign. Unlike other efforts aimed at unseating the Governor, this grassroots effort specifically asks Governor DeWine and Lt. Gov Husted to act in their current official administration roles to reduce utility corruption and enact real reforms at the PUCO.

Our "Bribery Bunch" video is still making a splash 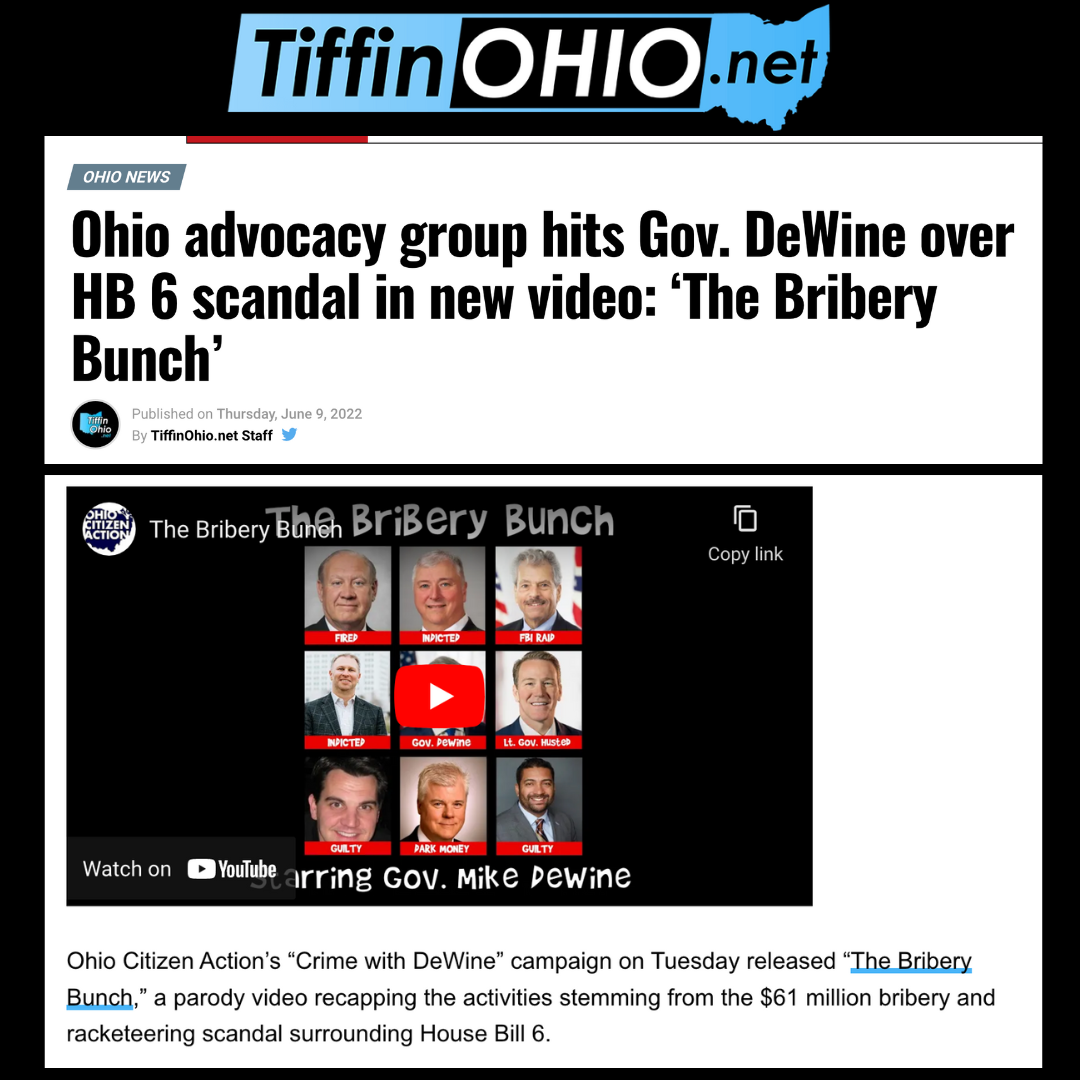