Another one bites the (coal) dust 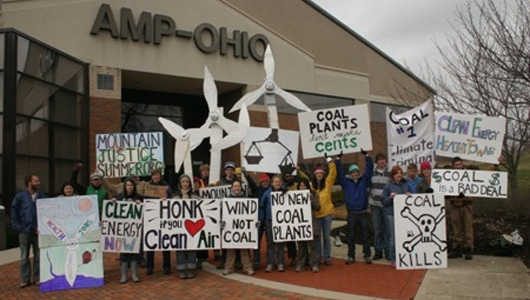 MEIGS COUNTY — “A proposed 960-megawatt coal-fired power plant for southeast Ohio won’t be built, thanks to both cost increases and opposition from the public. American Municipal Power (AMP) announced the decision to scrap plans for the $3.9 billion plant at the end of November. The facility would have joined four other coal-fired power plants currently located in Meigs County, Ohio, where residents have the some of the highest cancer rates in the nation, according to Ohio Citizen Action, a grassroots organization that fought plans for the plant.”