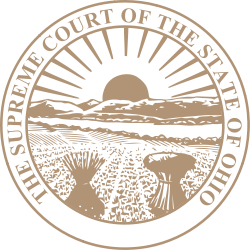 A third justice plans to disqualify himself from the case in a filing Monday.

The common thread: Two of the defendants in the House Bill 6 case managed the three Republicans’ successful election campaigns.

Fischer and French did not state the reason for disqualifying themselves from hearing the case in which FirstEnergy Solutions is suing Ohioans Against Corporate Bailouts in a bid to negate the group’s petition effort to place a House Bill 6 repeal referendum on the November 2020 ballot."