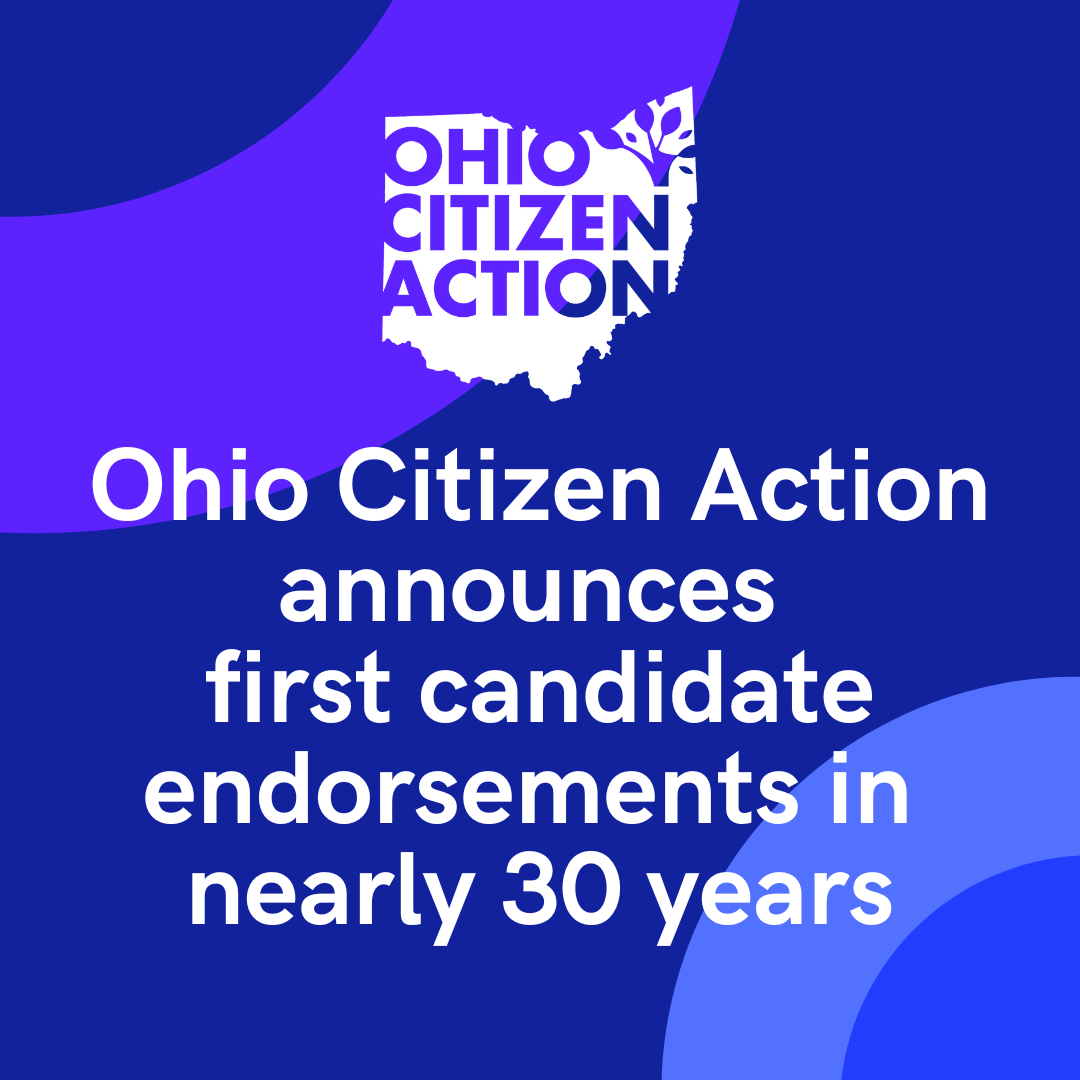 “After nearly 30 years, Ohio Citizen Action has made the choice to engage in the endorsement process again to better inform and engage Ohio voters in the democratic process,” said Ohio Citizen Action Political Director, Kyle Marcum. “The candidates endorsed by Ohio Citizen Action are demonstrably pro-climate and firmly committed to protecting voting rights for the residents of Ohio. This election is just too important to sit it out.”

As part of our work around these announced endorsements, OCA will be knocking on doors and talking with Ohio voters in targeted areas around the state in support of the endorsed candidates. OCA is a c4 organization that focuses on mobilizing Ohioans around improving environmental quality, protecting consumers, and preserving voting rights. A second round of issue endorsements is expected to be announced within the next week.

“Given the abject failure of Ohio’s leaders in securing Constitutionally fair and final electoral maps, as well as the unprecedented energy scandal that still casts a shadow over Ohio’s Statehouse, support for candidates who are dedicated to ensuring legislative and electoral integrity has become even more critical,” said Marcum. “For too long, many of Ohio’s elected officials have turned a blind eye to monumental issues such as climate change, gerrymandering, and corruption. We deserve better, and Ohio Citizen Action is ready to help mobilize support for candidates who put Ohioans first.”